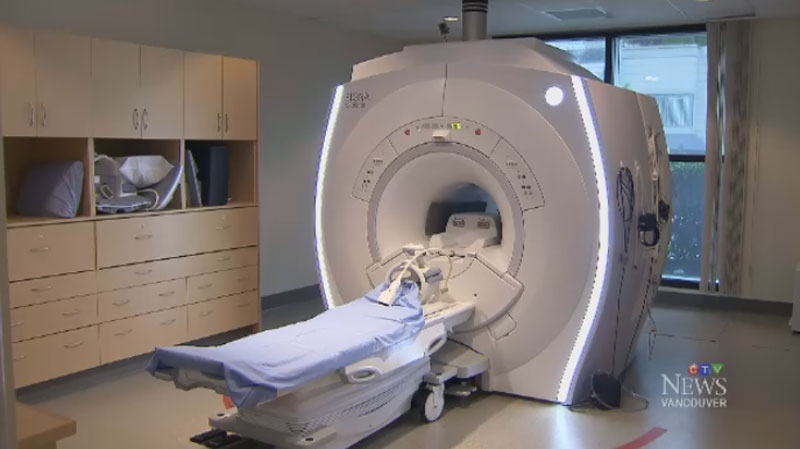 Almost 44,000 more specialized diagnostic exams have been completed across British Columbia in the first year of a new health care strategy and Health Minister Adrian Dix says that amounts to an “extraordinary achievement.”

The B.C. Surgical and Diagnostic Imaging Strategy includes a provision to operate magnetic resonance imaging, or MRI, machines around the clock, with more than 233,000 exams done in the first year of the initiative.

When compared with the year before, Dix says their strategy “dramatically exceeded” the initial target of 37,000 scans.

MRI scans are vital to the diagnosis of soft tissue damage such as brain tumours, strokes or dementia and past wait times have extended a year or more.

While the minister didn't have figures on how this has reduced the delays, preliminary data from Northern Health shows certain wait times dropped to 29 days from 57.

Dix says two private MRI outpatient clinics were purchased by Fraser Health as part of the strategy and the model could be applied to efforts to cut other health care wait times.

At the start of this year, 10 of B.C.'s 33 MRI machines were running around the clock, compared to one in August 2017, while 17 were running more than 19 hours a day, scanning patients at all hours of the day and night.

“I am obviously delighted with that. It is what people expect of us, to deliver care and to use the things that we have already paid for to their maximum in order to provide service for people,” Dix told a news conference in Victoria.

In 2017, residents in the Northern Health region received roughly 24 MRI scans per thousand, compared with an average of 60 in Ontario, but over the last year the number of scans had jumped by 86 per cent, Dix says.

“Everyone, from Fraser Health to Vancouver Coastal Health, but especially in the north, has received better service as a result of these changes.”

Residents of Terrace, Fort St. John, Fort St. James and Vanderhoof can now expect the same service they would receive in Victoria or the west side of Vancouver, Dix says.

The year's target has been set at just over 248,000 MRI scans, an increase of more than 23,000 over last year, a goal the minister says will allow for the continued reduction of wait times across the health-care system.