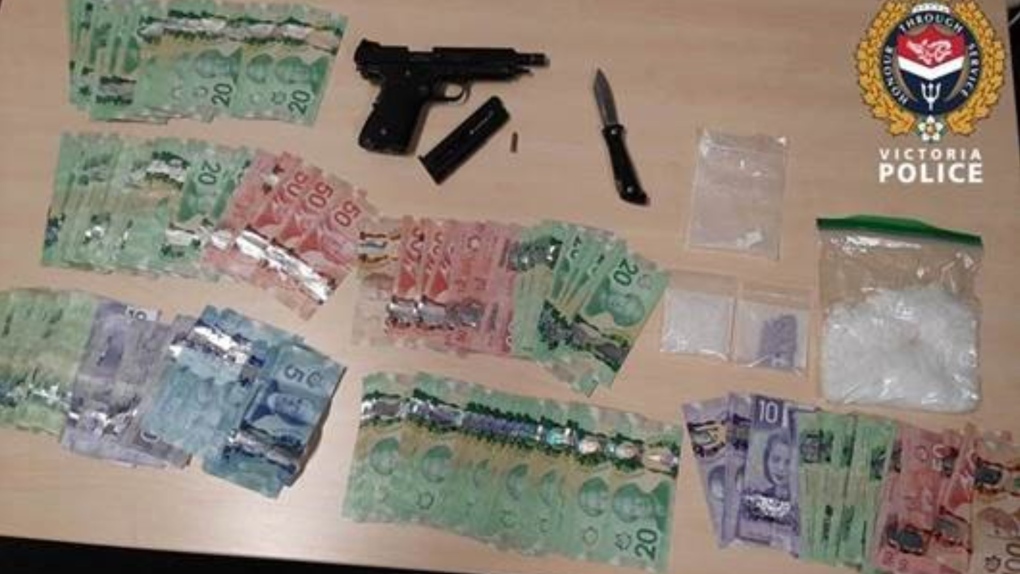 VICTORIA -- An investigation into a stolen bicycle led Victoria police to drugs, cash and a loaded pistol Monday.

Patrol officers arrested one man around 1:30 a.m. in the parking lot of a temporary housing facility in the 3000-block of Blanshard Street.

Police say the man was in possession of a stolen bike, but a search allegedly turned up “significant quantities” of methamphetamine, fentanyl and crack cocaine. 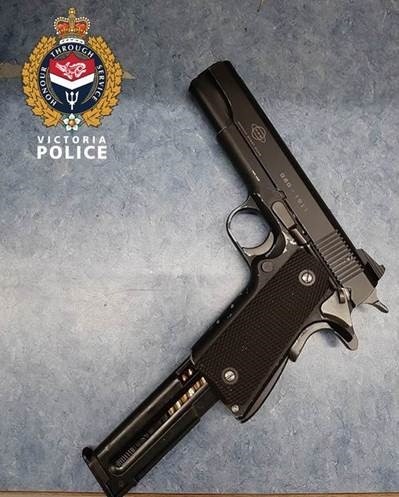 The man was taken to VicPD cells and held pending a court appearance.

Police are recommending several drug and firearms charges, as well as possession of stolen property.