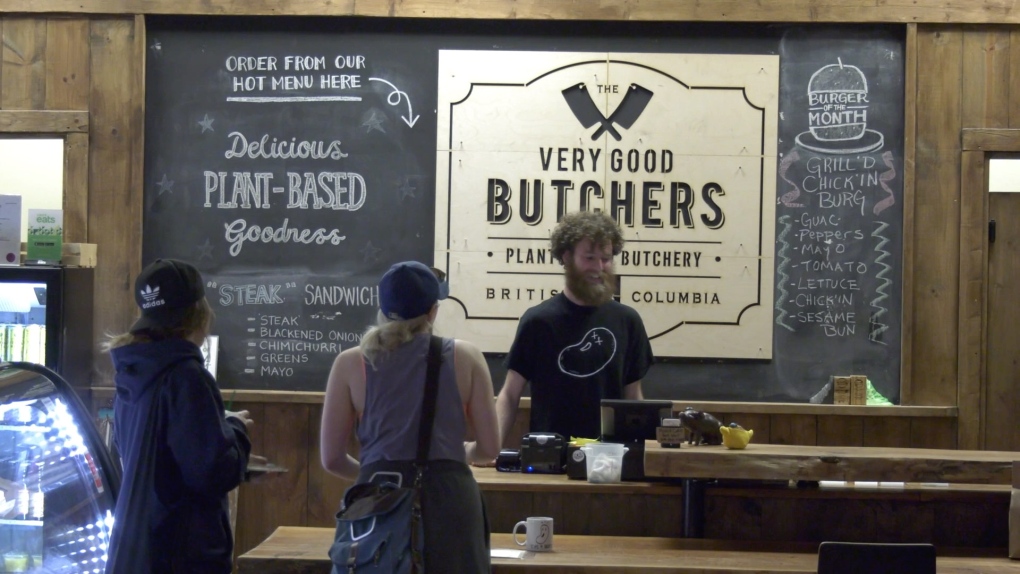 The company opened its first official store in the Victoria Public Market in 2017 after leaving Denman Island, B.C. (CTV News)

VICTORIA -- A Victoria-based vegan butcher has reached a major milestone with an initial public offering (IPO) on the Canadian Securities Exchange.

“We finally have the capital we need to realize our vision,” CEO Mitchell Scott told CTV News.

“So, we’re just getting started.”

“Honestly, we’ve been kind of blown away,” Scott said.

“We knew we had a great product, a great concept, but I don’t think anyone could have really anticipated such a big start for us.”

The IPO puts the Very Good Food Company on the fast track for expansion, with plans to open a new vegan butcher shop in Vancouver next spring or summer.

“It’s going to be a combination butcher shop, restaurant, test kitchen, R&D space and there’ll also be a lot of production space there,” Scott said.

“We’ve signed a lease already, we just need to kind of build it out and realize this new kind of headquarters for us.”

The Very Good Food Company is also exploring the idea of launching new brands that will operate under its umbrella.

“Something like the Very Good Cheese Co., maybe get into sausage, just other types of plant-based foods with the same kind of ethos as our Very Good Butcher brand.”

The company started off small, selling its plant-based products at farmers markets in the Comox Valley and Denman Island.

Then, the company exploded onto the scene in 2017 with the opening of its first official store in the Victoria Public Market.

The vegan butcher created such a buzz that the shop sold out of everything on opening day.

“We actually had to shut down for a week after that just to restock everything.”

The Very Good Food Company is on the Canadian Securities Exchange under the listing 'VERY.'