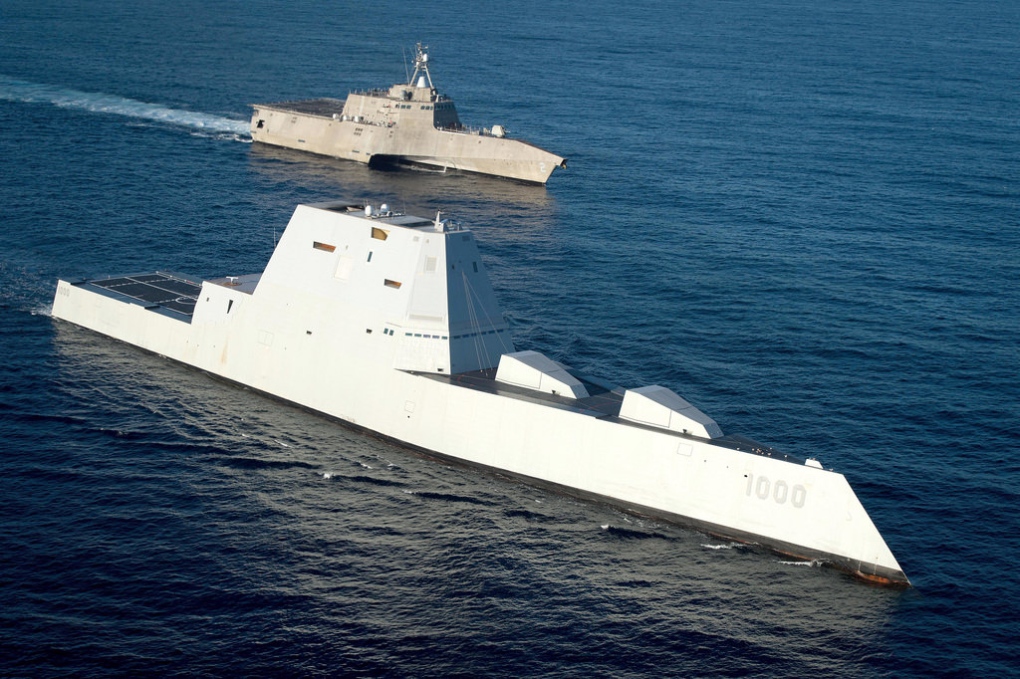 The guided-missile destroyer USS Zumwalt, foreground, along with the combat ship USS Independence (LCS 2) on the final leg of its three-month journey to its home port in San Diego. (U.S. Navy)

The largest and most technologically advanced destroyer in the U.S. Navy will make a stop in Greater Victoria next month.

While the exact date of the ship’s arrival and duration of its stay remain closely guarded secrets of the U.S. Navy, the ship’s oddly angular design, stealth capabilities and state-of-the-art electric drive system are sure to attract the attention of naval watchers and neophytes alike.

The 183-metre ship, which was commissioned into active service in October 2016 and then sent to its home port of San Diego, generates approximately 78 megawatts of electricity — comparable to the output of a nuclear aircraft carrier, according to the U.S. Navy.