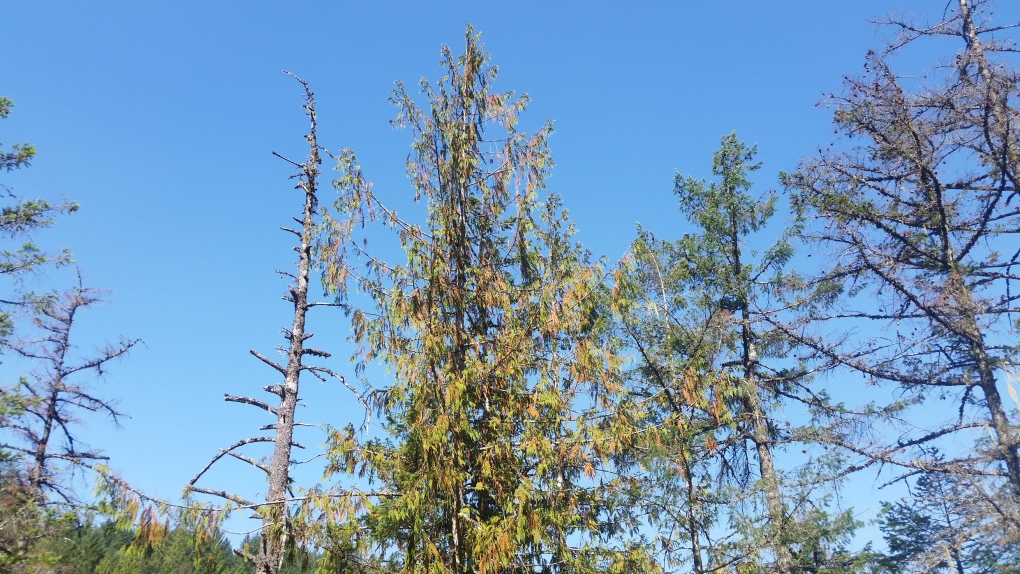 VANCOUVER - Drought forecasts from Agriculture Canada show most of British Columbia is abnormally dry or enduring some level of drought, similar to dry conditions that are being experienced across a swath of Western Canada.

Snowpack levels in B.C. recorded on May 15 were similar to those in 2015 and 2016 and the B.C. River Forecast Centre says they are among the lowest in the last 40 years.

It also says diminished snowpacks and early snow melt due to a warm spring increase the likelihood of low flows in rivers and streams across the province this summer.

As much as 60 per cent of the snowpack has already melted at most sites, compared to no more than 25 per cent during a usual season, and in areas where the snow is gone, such as northeast B.C., data shows river flows are already ebbing to “below normal.”

A drought map published by Agriculture Canada on April 30 showed abnormally dry conditions in parts of southern Manitoba and Saskatchewan, as well as in southern and northwest Alberta including where the Chuckegg Creek fire was burning out of control near High Level.

Rain in May and June will help in B.C., but the river centre says seasonal forecasts from Environment Canada predict above-normal temperatures in late spring and early summer across western B.C., and there is no sign of cooler, wetter weather in other regions.

Agriculture Canada's drought map showed patches of severe drought surrounding Terrace and along the Alaska Panhandle. There were moderate drought conditions in effect across Haida Gwaii, large sections of Vancouver Island and most of northeastern and southern B.C. 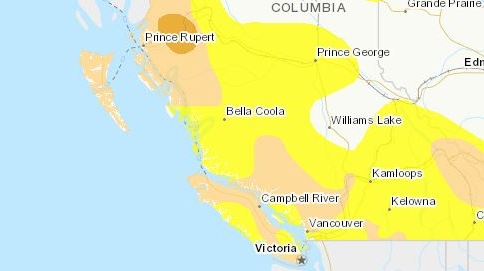 Low snowpacks and existing dry conditions similar to 2015 and 2016 raise concerns about drought or wildfires but Dave Campbell of the river forecast centre says everything depends on conditions over the next several weeks.

Scant spring rain in 2016 put much more pressure on water availability, says Campbell, although the B.C. Wildfire Service website shows 2016 was considered a “below average” season for fire starts and land burned, while 2015 was recorded as a major season.

Dry conditions have already prompted the first campfire ban of the 2019 wildfire season.

The wildfire service has announced burning prohibitions throughout the northwest fire centre, starting at noon on Friday. Bans on open burning are also posted for the Prince George and Cariboo fire centres.

All the restrictions are in effect until further notice.