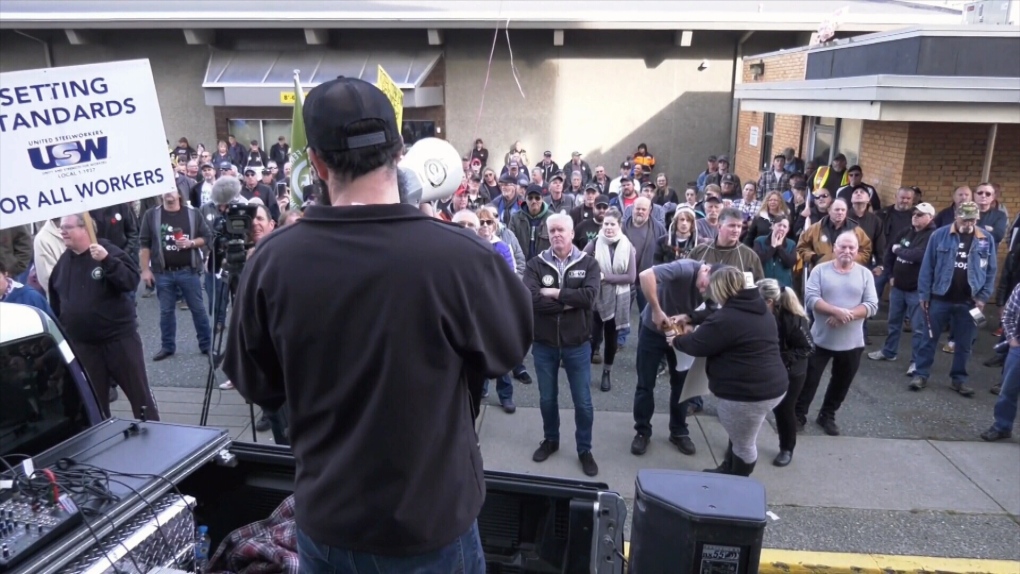 The B.C. government has appointed special mediators to assist with the eight month labour dispute between Western Forest Products and the United Steelworkers union: (CTV News)

The veteran mediators, Vince Ready and Amanda Rogers, had recently announced they were stepping away from negotiations after talks broke down Sunday. Now, the pair has returned as special mediators and have been granted additional powers under B.C.'s Labour Relations Code.

"This dispute has taken a huge toll on workers and their families as well as the entire coastal forestry community," said Minister of Labour Harry Bains in a news release Thursday.

"We want to see everyone get back on the job."

The province has given both parties 10 days to work with the special mediators to reach an agreement. If a deal cannot be made, the mediators will provide recommended terms to the B.C. government and both parties, which the minister of labour may also make public.

Both parties will then have five days following the release of recommended terms to accept or reject the proposal.

While assisting negotiations, the province has outlined a number of duties for the mediators to consider. The duties include:

"I am confident that with the assistance of two of the nation’s top mediators, and the additional powers provided to them under the Labour Relations Code by this appointment, both sides can achieve a deal that ensures the sustainability of coastal forestry jobs and supports the terms and conditions of employment important to workers," said Bains.

The ongoing labour dispute between the union and Western Forest Products began on July 1, 2019 and affects approximately 3000 forestry workers across B.C.

In a statement made Thursday, WFP said that it hoped the appointment of special mediators would help produce a fair agreement for both parties.

"The coastal forest industry continues to face significant competitive and cost structure challenges," said WFP president and chief executive officer Don Demens. "With the appointment of the Special Mediators we are hopeful that this process will soon result in a fair and equitable agreement that recognizes the contributions of our employees while maintaining the sustainability of the industry that Western, our employees, contractors, communities and customers rely on."

The government intervention is welcome news to communities on Vancouver Island who have been struggling with the eight month strike.

Port McNeill Mayor Gaby Wickstrom told CTV News on Wednesday that some forestry workers are at their wits' end, and that the rippling effects of the strike reach all of the island.

"I think the thing that I really want to communicate to people is that this isn’t about just 3,000 workers who chose to go on strike," she said.

"Now we're talking about thousands of other businesses and thousands of people affected by this… there are mills that are going to be shutting down as well because they don’t have lumber," she added.

"I’ve talked to a few contractors who have said that they’re at the 'do or die' point now."