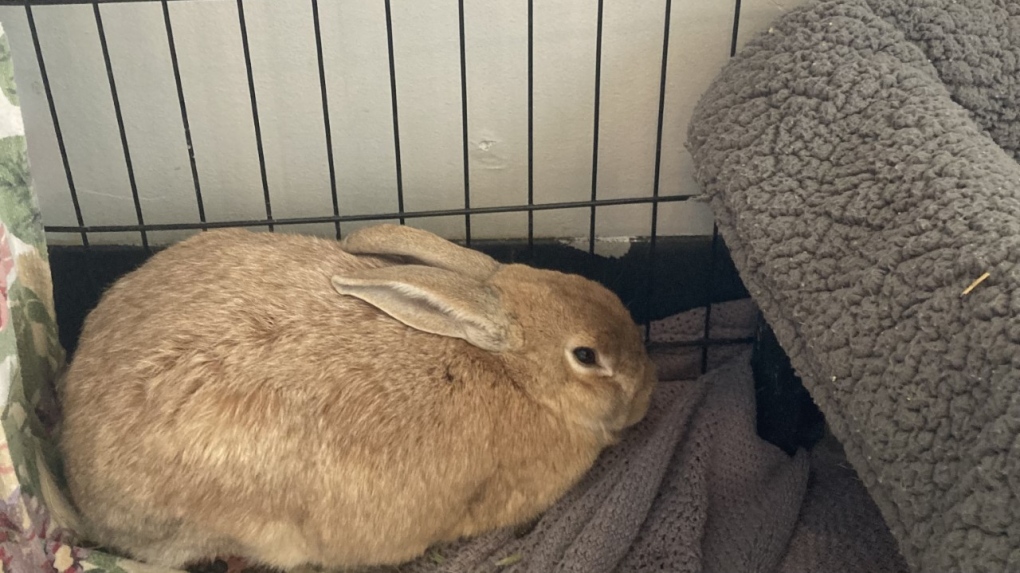 Some 22 rabbits were surrendered to the Victoria SPCA at one time. (SPCA)

The B.C. SPCA has issued a call for foster homes and funds after nearly two dozen rabbits were surrendered in Victoria.

The SPCA says it has had to shuffle around other animals, such as cats and dogs, to other island shelters to accommodate the influx of bunnies in Victoria.

Breanne Beckett, senior manager of the B.C. SPCA Victoria region, says about 13 of the rabbits were transferred to other SPCA branches on Vancouver Island. However, nine of the surrendered rabbits remain in Victoria, in addition to 13 others that were already there.

"We are urgently seeking foster homes where the surrendered bunnies can go to help with their socialization while they await adoption," she said.

"Currently half of our dog kennels have been turned into rabbit enclosures," Beckett added.

As the SPCA searches for foster homes, Beckett says most bunnies will be ready for adoption in about two weeks, after they've received vaccinations, spay and neuters, and other medical checks.

PET SURRENDERS ON THE RISE

Rabbit surrenders, and animal surrenders in general, have spiked in recent months as pandemic restrictions ease and working from home declines.

In late April, the Victoria Humane Society said people were going into "panic mode" trying to surrender pets, whether it's because they're returning to their offices or because pandemic-related rules around renting were lifted.

Amy McLaughlin, operator of Amy’s Bunny Barn in Sooke, says the situation is the same with rabbits.

"I have had a number of people saying, 'We’re going back to the office, our kids are back in school, after school activities, and we just feel like the bunny is being neglected,'" she said on April 21.

"I’ve also had people contacting me as far away as Kelowna because rescues there are so full."

Anyone looking to support the Victoria SPCA with its influx of bunnies, either with donations or by being a foster guardian, is asked to contact the branch at 250-388-7722 or victoria@spca.bc.ca[.]

"We are so grateful to anyone who can help us provide these wonderful animals with the care they need as they await their forever homes," said Beckett.