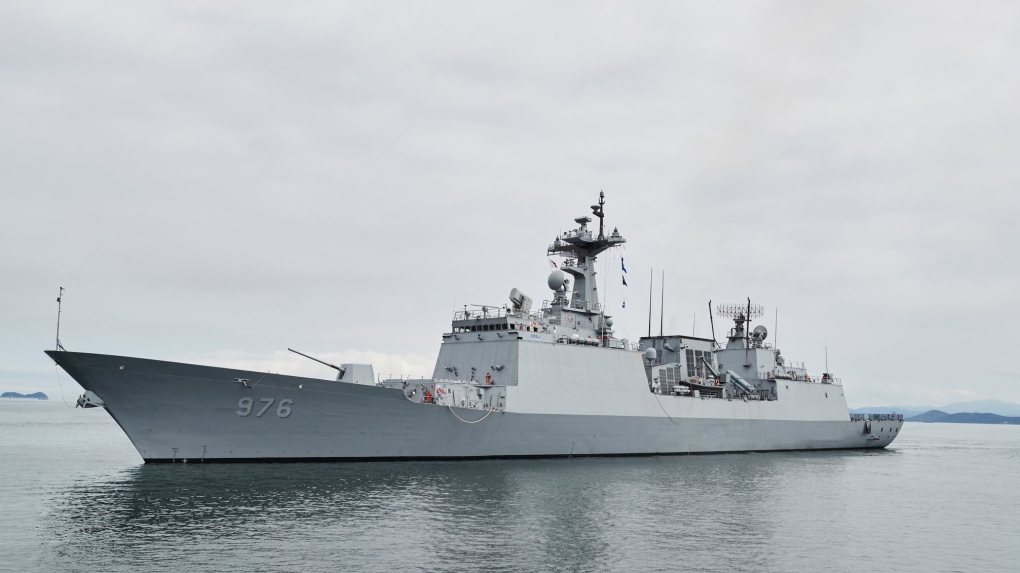 VICTORIA -- For the first time in well over a decade, the South Korean navy will visit the West Coast of Canada on Wednesday.

A South Korean destroyer will pay a port visit to Vancouver Island as the Canadian frigate HMCS Ottawa returns home from nearly five months at sea in the Asia-Pacific region.

The Republic of Korea Navy destroyer Munmu the Great will accompany the Ottawa into port at Canadian Forces Base Esquimalt, joined by the Korean supply ship Hwacheon.

The Korean vessels and their crews will remain on the South Island for several days. The last time any Korean navy vessel visited the West Coast was in 2006, according to Maritime Forces Pacific spokesperson Michaël Déry.

The Ottawa made headlines in September when it traversed the contested waters of the Taiwan Strait, a move seen by many as potentially inflammatory given the already strained relations between Canada and China.

Less than three months prior, fellow sailors aboard HMCS Regina and its resupply ship were buzzed by Chinese fighter jets in the strait.

During its deployment, the Ottawa completed port visits in Japan, South Korea, Thailand and, most recently, the United States.

The Korean naval task force is expected to arrive on the island before 9 a.m. Wednesday, with HMCS Ottawa expected to dock in Esquimalt shortly after 10 a.m.

During their visit, the Korean sailors will observe training facilities on the Esquimalt base.