VICTORIA -- Search crews are back combing the shores of the Sooke River Tuesday morning, looking for the friend of two men killed when their pickup truck ended up in the river over the weekend.

The bodies of two men have been found while the third man is still missing. Their blue Dodge Dakota truck was found in the Sooke River, near the 3000-block of Sooke River Road, on Sunday evening.

Police brought in an underwater recovery team Monday but turned up nothing.

Low tides are aiding in the search Tuesday, however falling rain and snow are likely to swell the river again, according to the Sooke RCMP. 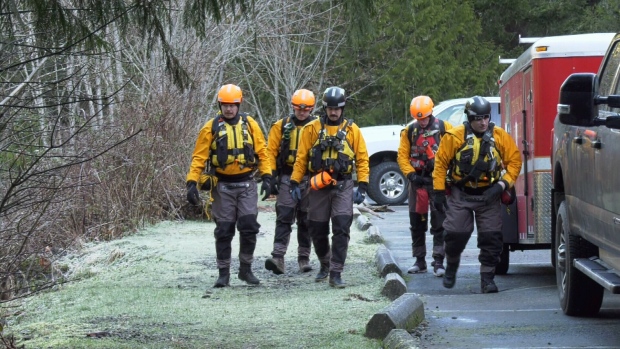 Police and volunteer searchers are going over areas already searched, hoping that the low water levels might help reveal something searchers missed previously.

Mounties are also hoping an RCMP helicopter will aid in the search Tuesday, however inclement weather has so far prevented the helicopter from arriving on scene.

A Saanich police dog is also on scene near Fred Milne Park.