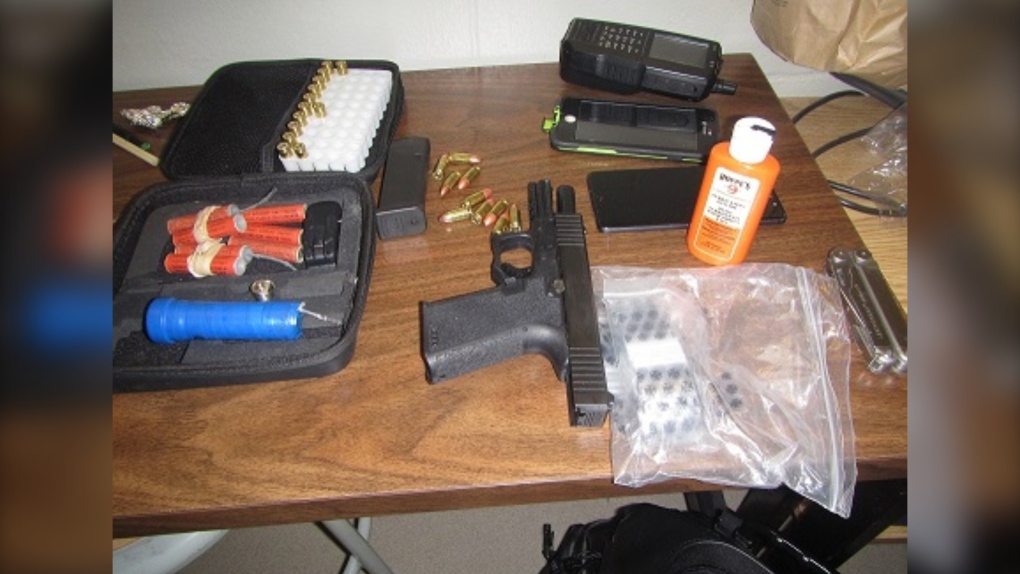 The Sooke RCMP have seized a number of dangerous items this month, including a loaded hand gun and improvised explosive: (Sooke RCMP)

VICTORIA -- The Sooke RCMP have made multiple arrests and seized a number of dangerous items in the past week.

On April 2, Mounties say they pulled over a “suspicious looking” vehicle on Sooke River Road at approximately 10:30 p.m.

Police say that officers discovered what are believed to be illicit drugs inside of the vehicle. Officers then took two men into custody and performed a more thorough search of the vehicle, which led to the discovery of a loaded 9mm handgun, a “pipe bomb or improvised explosive device,” drugs and drug paraphernalia.

Mounties say that one of the two men in the vehicle managed to escape custody that night and, despite a lengthy search, was not located.

The man remains at large and police say that a warrant has been requested for his arrest.

Police say that three men were found inside, alongside “copious amounts” of allegedly stolen items.

Officers also determined that the vehicle’s licence plates were not registered to the car.

In total, several cell phones, counterfeit currency, illicit drugs and drug paraphernalia were all seized from the vehicle.

Police say that both investigations are ongoing.