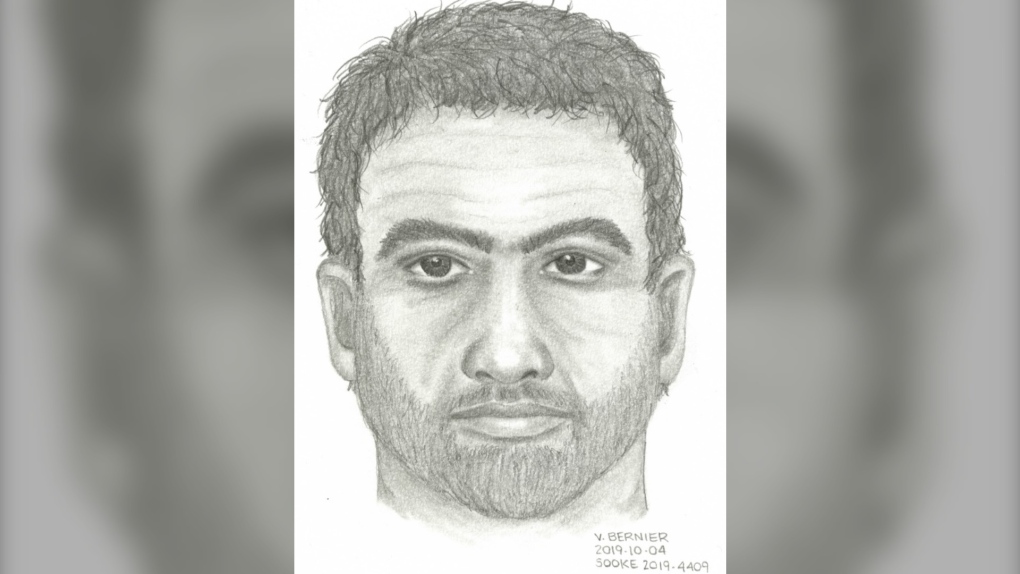 A composite sketch of a suspect involved in a sexual assault near Sooke River on Sept. 29, 2019 (Sooke RCMP)

Sooke RCMP have released a composite sketch of a man who is believed to have sexually assaulted a woman near the Sooke River less than two weeks ago.

According to police, the assault took place in the area of Phillips Road and Sunriver Way on Sept. 29 at approximately 2 p.m.

Investigators say the victim was walking on Sunriver Way when she noticed a man walking behind her. He disappeared from her sight before remerging on the path in front of her. Police say that the man then spoke with the victim and produced a weapon before sexually assaulting her.

The woman managed to escape the area by fighting back against the man and fleeing. Police say that the man may have been injured in the escape.

At the time, he was wearing a dark hoodie without drawstrings, dark blue jeans and running shoes.

Anyone with information on the incident is asked to contact Sooke RCMP at 250-642-5241. Police also ask that anyone who may have video surveillance from the area to review their footage from the time.