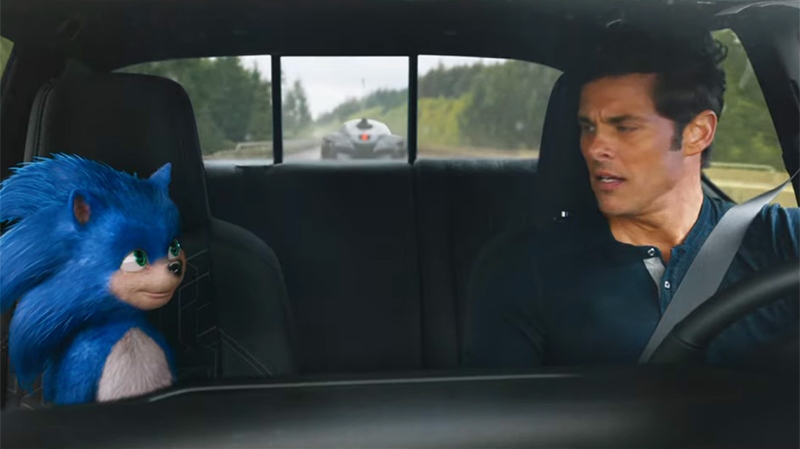 A scene from the trailer for Sonic The Hedgehog appears to have been shot on Highway 19A near Bowser. (YouTube)

A trailer for the live-action version of Sonic the Hedgehog, a big-budget movie shot on Vancouver Island last year, has hit the internet.

The preview features the titular CGI hedgehog, voiced by Ben Schwartz, as he goes on the run from the military and Dr. Ivo Robotnik, played by Jim Carrey.

Glimpses of Vancouver Island can be seen in the trailer, including what appears to be a chase scene filmed on Highway 19A near Bowser.

The film shoot shut down a stretch of the highway for a full week in September.

Filming also took place in downtown Ladysmith, where buildings were painted and transformed along 1st Avenue.

Sonic is a character most likely remembered from the Sega Genesis games of the same name, which came out in 1991.

The movie is set for release on Nov. 8 of this year, according to IMDB.