'Somebody on our coast is going to die': Researchers warn boaters to be wary of whales in B.C. 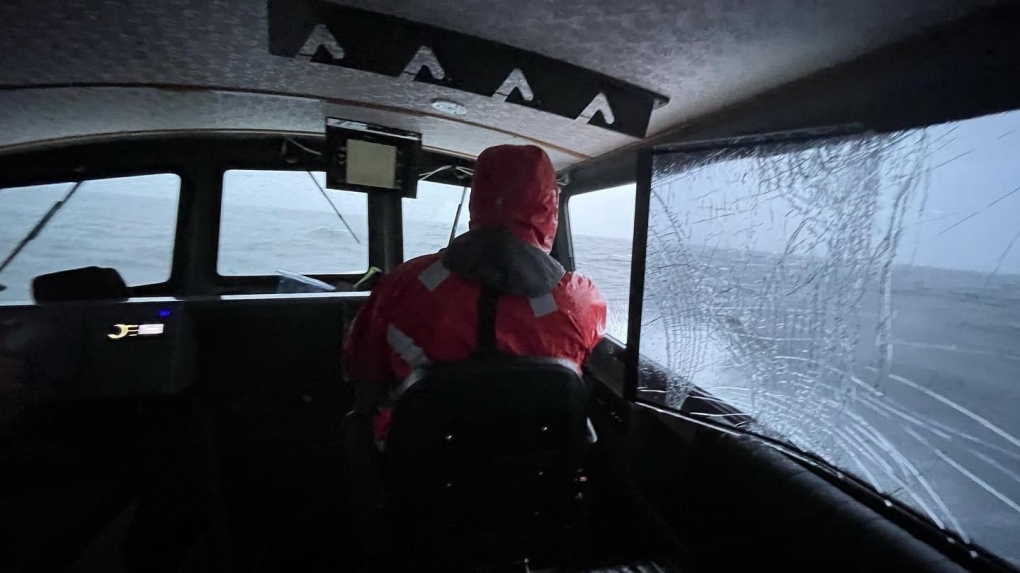 "Somebody on our coast is going to die as a result of collision, and ignorance is the biggest variable in who that will be." That’s the stark warning issued Friday by prominent whale researcher Jackie Hildering when talking about how some boaters are not paying attention to the dangers of humpbacks in Vancouver Island waters.

The Marine Education and Research Society says that boaters have to watch for humpback "blows" and then slow down to reduce the chance of colliding with the mammals.

Part of the group’s education involves the promotion of maps of the island showing where there is a high probability of encountering humpbacks.

"These are known areas of hotspots where we have posted them to try to reduce the risk," Hildering told CTV News on Friday.

The issue of boater safety surfaced this week after a guide boat collided with a humpback when the mammal suddenly surfaced in front of the vessel as it was going through rough seas.

Hildering says there’s no possible way a blow would have been visible in the rough conditions.

"This was purely bad, bad luck," she said. "You can be a whale researcher, know the whales as individuals – and I speak from deep experience – and still have the risk of hitting the humpbacks."

Charter Tofino posted on their Facebook account: "While running in rough water we had a humpback whale suddenly surface 30 feet directly in front of the boat. I slammed (sic) 500hp in full reverse and avoided the impact but the startled whale did a tail lob and contacted the driver side of the cabin."

The impact smashed out one of the windows and left the owner/operator with a gash to his head over his right eye. 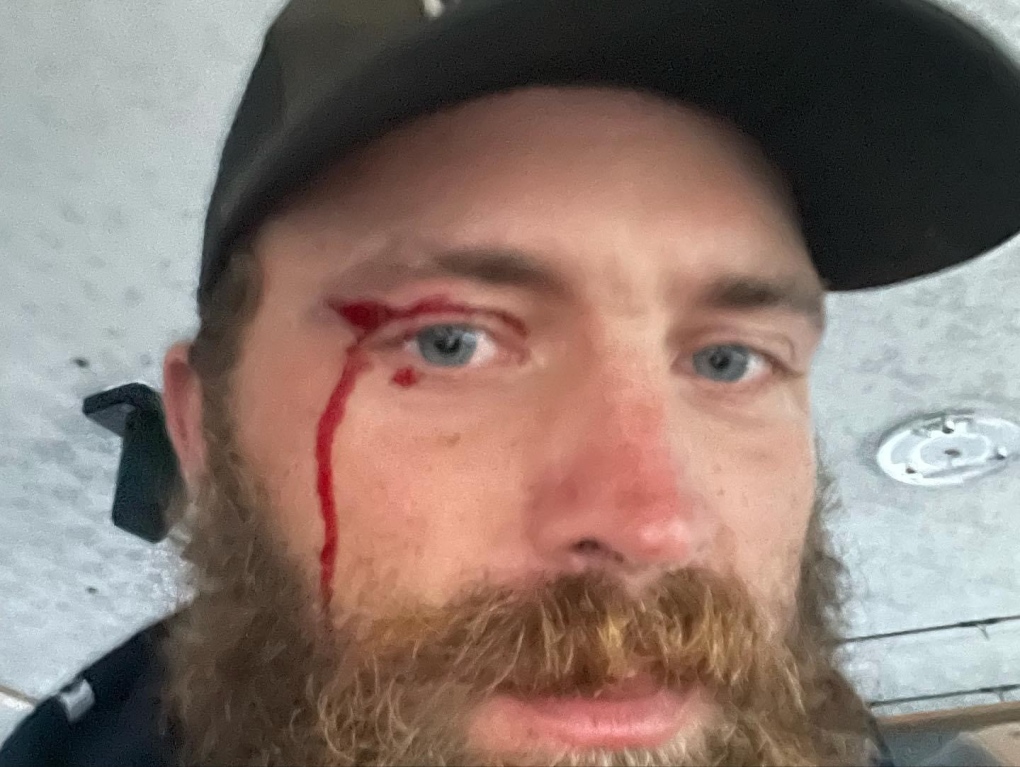 Kelly Aspinall, owner and operator of Charter Tofino shows where he was cut after a humpback whale struck his boat: (Charter Tofino / Facebook)

Owner Kelly Aspinall told CTV News in a text message that he posted about the encounter in order to remind boaters about safety.

"The reality is it was just an unlucky accident that can occur if you’re on the water daily," Aspinall said.

Aspinall says he has received some negative input about the posting, something Hildering says is very unfortunate.

"They’re big, they’re hungry, they’ve got to bulk up here and they suddenly breach – they can suddenly surface and to vilify somebody who’s actually trying to make this count for education is so unfair," she said.

"This can happen to anybody."

She says the group is grateful to Charter Tofino for sharing their compelling story to show the results of a potential collision, encounters which Hildering says happen too often.

"Boats have been disabled, somebody is now a paraplegic on our coast, kayaks have been flipped," she said.

"Humpbacks are a game-changer, we’re so lucky that they’re back in the way that they are but they can be oblivious of boats," said Hildering.