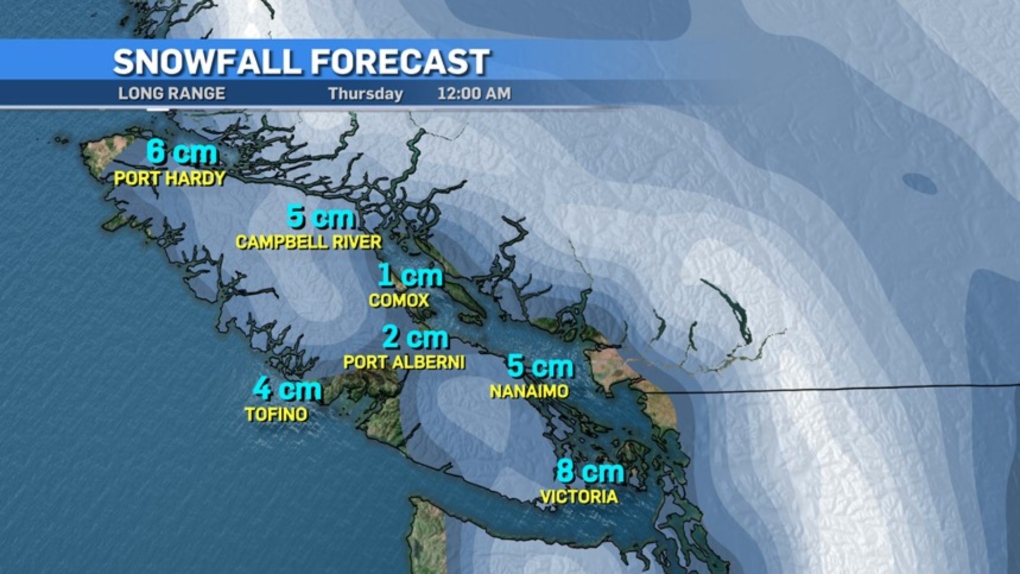 Weather on Vancouver Island has been pretty varied this November, and it looks like we’ll bookend the month with some snow, even in Greater Victoria.

While we’ve just enjoyed a really nice week with some great temperatures and conditions interrupting the rain activity, that will all change for the last week of the month.

Get ready for an Arctic air push that will take us into at least the first five days of December. If you need to point fingers of blame then look to Greenland and Siberia.

Usually when we talk about a ridge of high pressure it’s positive, and we like what we see, but this time around those ridges do us no favours.

A strong ridge set up around Greenland will become a blocker and will create a little bit of a traffic jam of cold Arctic air. To the west, we’ll pull in a lot of cold air from a Siberian polar vortex thanks to a ridge setting up over Alaska.

That cold air will blanket most of the country, and for Vancouver Island and B.C. a drop to well-below seasonal temperatures will take over. 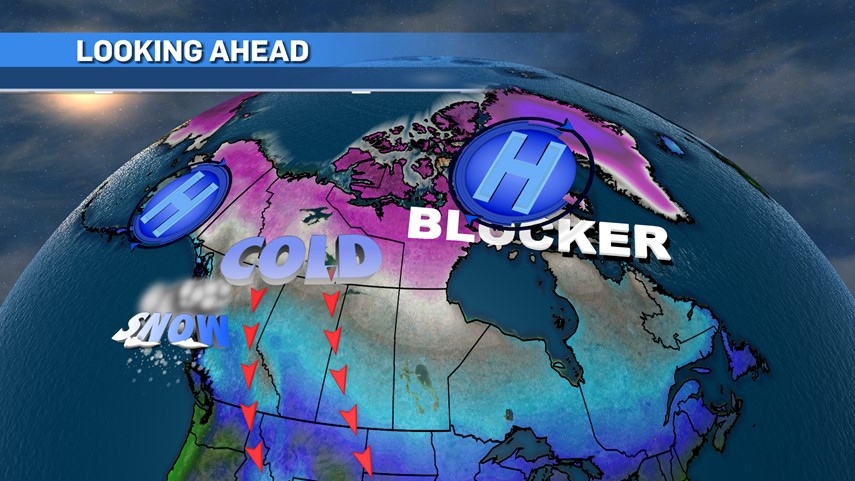 Of course, it’s still autumn and that means moisture. We’ve had some nice rain this month but with this introduction of cold Arctic air our chances of snow rises big time.

We’re still going to get moisture moving into the province from the Pacific, but as it runs into the cold Arctic air we’ll go from rain to snow.

Even at sea level we’re looking to get into snowball manufacturing. Obviously higher elevations and locations up island will see more snowfall, but expect it to be spread throughout all island areas at some point. 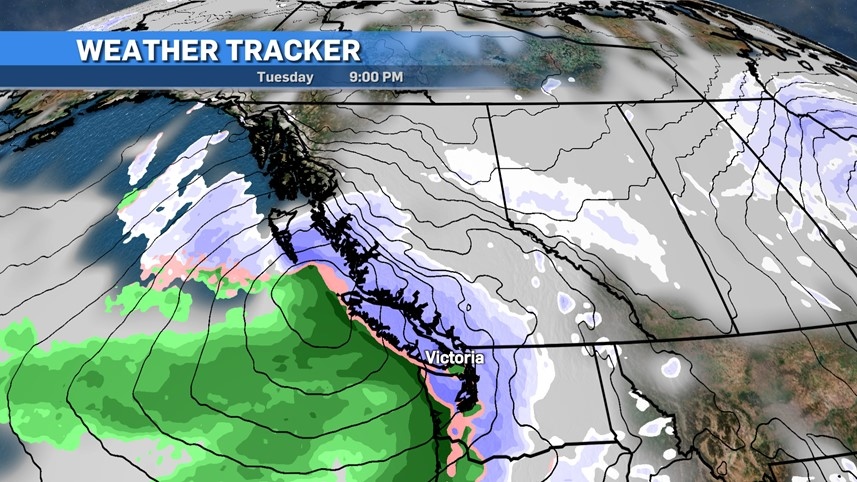 I’m circling Tuesday and Wednesday of next week to be the snowier days. While areas around the water will see more of a rain/snow mix, any precipitation falling during the night and early morning will be on the snow side of things.

It’s hard to nail down numbers at this point but as you can see on the accumulation map at the top of the article, we’ll see some noteworthy numbers, ranging from as low as one centimetre in the Comox area to up to eight centimetres in the Victoria region.

It should be noted that this particular model has a habit of overestimating snowfall totals, but I’d put Greater Victoria in the three to five centimetre range over the two-day period. High elevations could easily see double digits.

All the ingredients are there and the potential is high, but at the same time our 'snow soufflé' may collapse when we take it out of the oven and we get more rain than snow.

It’ll be a day by day and hour by hour scenario to watch. Plan for the worst and hope for the best.

After a string of violent attacks on public transit in Toronto and other cities, a new survey has found that nearly six in 10 public transit users in Canada say they feel less safe or somewhat less safe while commuting.

A Russian woman says she has been denied consular services by her country's embassy in Canada over claims her Facebook activity poses a security threat.

More than two years after downtown Beirut was levelled by an explosion, a Lebanese-Canadian family of a 3-year-old girl killed in the blast is still searching for answers. Watch W5's documentary 'The Explosion' on CTV at 7 p.m.

Provincial and territorial finance ministers to meet in Toronto

Deputy Prime Minister and Finance Minister Chrystia Freeland is hosting an in-person meeting today with the provincial and territorial finance ministers in Toronto.

A new survey conducted by Research Co. reveals that more people in Western Canada now support a change in the federal government compared to a similar poll from June.