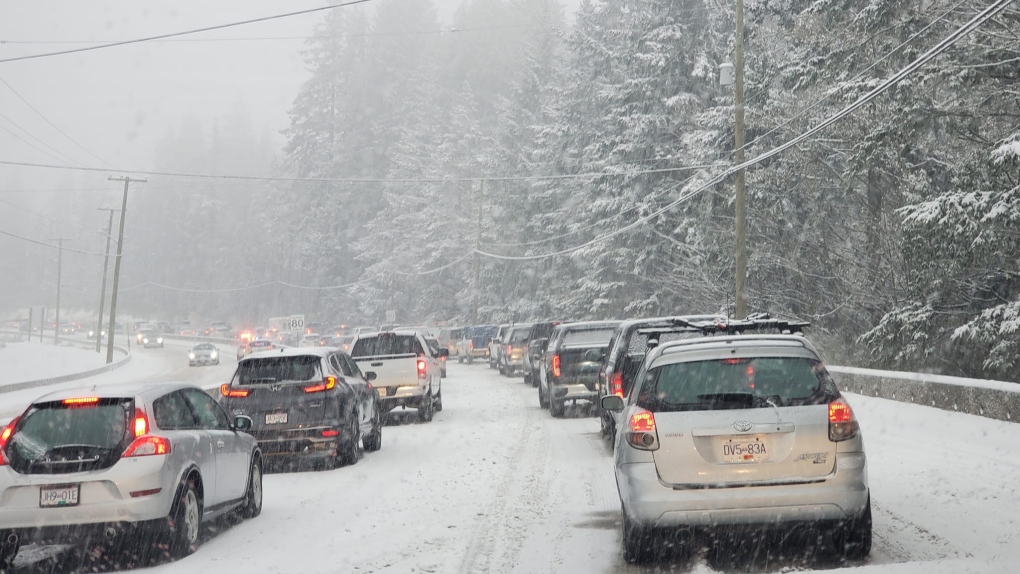 Vehicles are seen backed up along the Malahat during snowfall because of a stuck semi-truck. Nov. 29, 2022 (Matthew St Arnaud)

Special weather statements were issued Monday as forecasters are calling for more snow and freezing rain on parts of Vancouver Island, including Greater Victoria, and the southern Gulf Islands.

Total snowfall is projected at under four centimetres but drivers are warned that roads are likely to be slippery.

Temperatures are expected to rise Tuesday afternoon, changing periods of light snow to periods of light rain, the weather office said. However, for inland sections near Campbell River, B.C., the snow will likely continue into Tuesday night.

The Mindbender roller coaster at Galaxyland has been shut down, West Edmonton Mall announced on Monday. The redevelopment of the area is already underway, and the roller coaster is being decommissioned and removed.