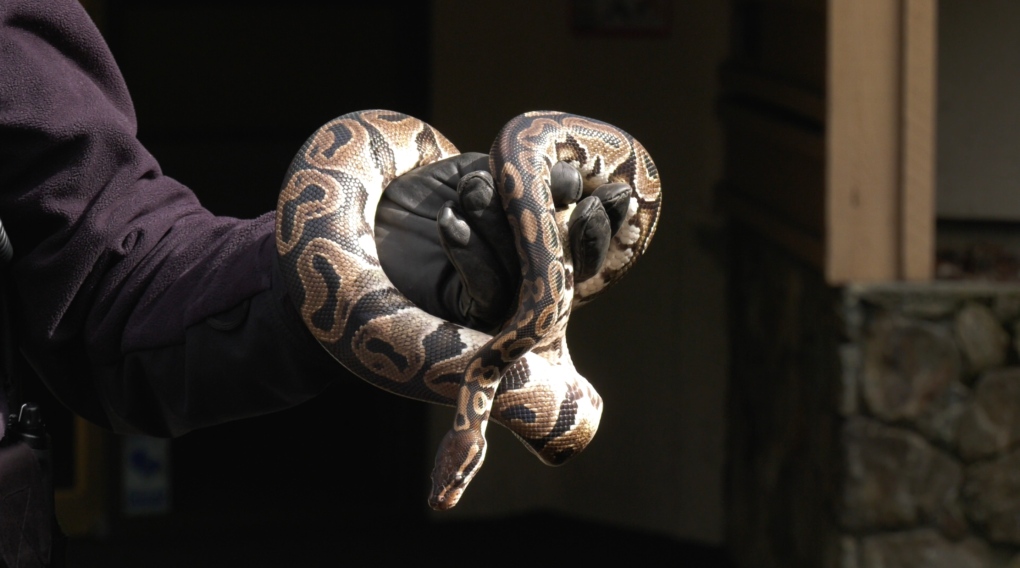 A Vancouver Island woman had a surprise encounter with a snake Friday morning: (CTV News)

VICTORIA -- A Vancouver Island woman got quite a surprise when she came face to face with an unexpected reptile Friday.

A pet snake was discovered Friday morning in the utility room of a Saanich apartment building.

Animal control says a woman who works in the building was in the utility room when something fell off of a shelf.

The woman then looked and saw a snake staring back at her.

Keeping her cool, the woman talked to the snake to calm it down. She then blocked all the exits in the room and placed the snake in a big plastic container until animal control arrived.

Mike Gibson, an animal control officer for Saanich police, says he believes the snake is a type of python.

“It’s obviously a python of some kind,” Gibson told CTV News. “I think it’s a ball python, [I’m] not certain, it has about the right body form.”

“Clearly it’s been well fed, he is very muscular and very fat,” he said.

For now, the snake will be cared for at the CRD shelter until the owner comes to claim it. If no one does come for the snake, the CRD will find the reptile a new owner.

Animal control says it doesn’t get calls for snakes very often, but when it does it’s generally in the wintertime.

During colder seasons, snakes are looking for warm places and are usually found in kitchens.