VICTORIA -- Parts of southern Vancouver Island are under a smoky, smelly haze as a wildfire rages across the water in northern Washington state.

The fire broke out Wednesday afternoon and grew to approximately 20 acres on the steep slopes around Lake Crescent on the Olympic Peninsula on Thursday, according to the U.S. National Park Service.

“Smoke levels will vary in response to fire and weather activity," says a statement on the Olympic National Park website. "Fire crews are on scene."

Winds have carried that smoke across the Strait of Juan de Fuca, where Greater Victoria residents are reporting smoky and hazy conditions. 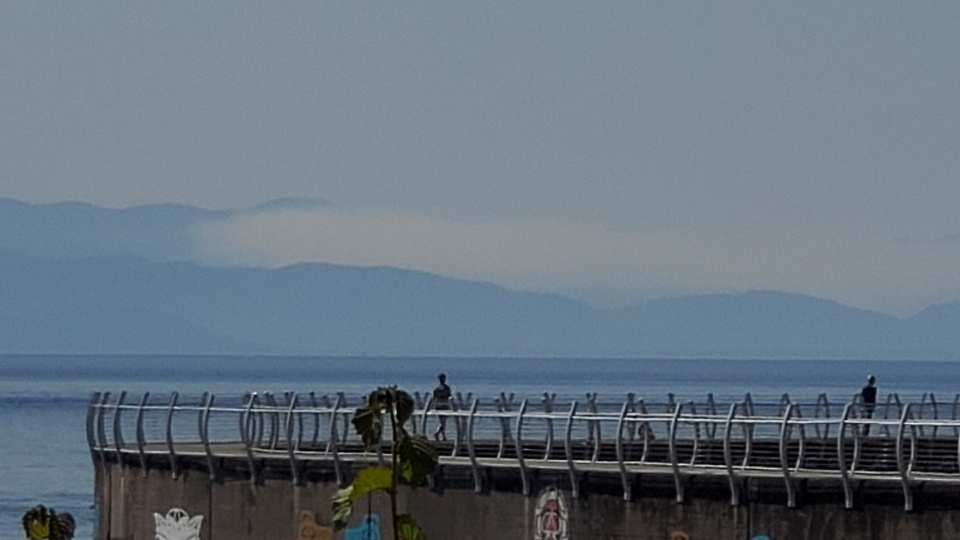 Environment Canada has not issued any air quality advisories for the region Thursday.

Lake Crescent wildland fire Wednesday evening in @OlympicNP . Crews from @waDNR_fire are on scene with helicopters and on the ground.