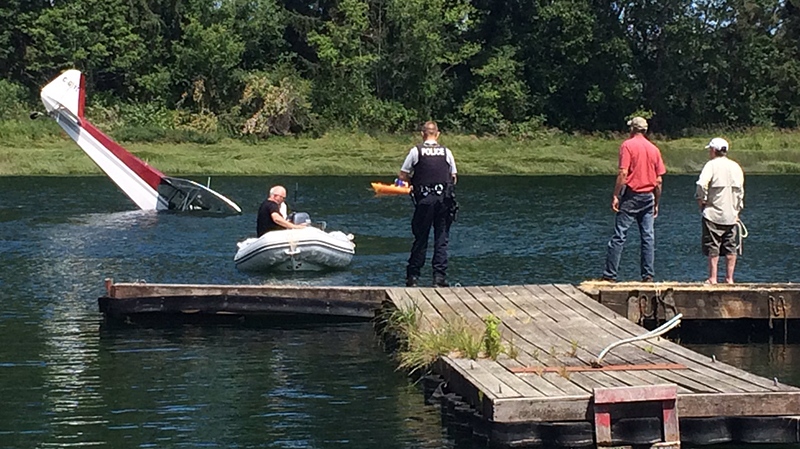 A small plane crashed into the Courtenay River, but there are no reports of serious injuries. Friday, June 30, 2017. (CTV Vancouver Island)

A small plane has crashed into the Courtenay River, but there are no reports of serious injuries.

Pictures from the scene show the small aircraft nose-down in the river, near the Courtenay Airpark.

Only the plane’s tail could be seen sticking out of the water, and police were on scene surveying the aircraft from a nearby dock.

Authorities have not confirmed any information, but the pilot appeared to have swam to shore safely with just minor injuries and was the only person aboard.

The plane is a Piper PA-18-135 from Yellowknife, N.W.T., according to registry info.