An abundance of salmon that are returning to spawn along Vancouver Island rivers are attracting wildlife, members of the public and photographers who are arriving to record the spectacle.

One such individual is Campbell River, B.C., filmmaker Eiko Jones who was attempting to record salmon spawning but instead captured incredible video of black bears trying to eat the salmon.

"I've filmed lots of spawning events in the past and I was trying to get the actual moment of egg-laying and noticed a particular bear coming to the exact spot every time," Jones told CTV News on Monday.

He figured if he put his underwater camera in that location he might be able to capture something special – and he did. A bear was filmed repeatedly pouncing on salmon trying to get a meal.

"It would always just sit there and wait and then when a Chinook, or bigger Coho came by – and occasionally pinks – it would pounce," said Jones.

"It wouldn't always pounce in the same direction but it would always sit in the same spot."

Jones records videos and photos to post on his photography website, Eiko Jones Photography. He then sells the images to producers and stock footage companies.

He says capturing spawning images is a challenge.

"I've done hundreds of hours sitting watching a pair of fish digging. You think they're going to spawn and then they don't," said Jones.

"I've sat and watched a single pair of fish for eight hours and not had them spawn, so it's really a game of waiting," he said. 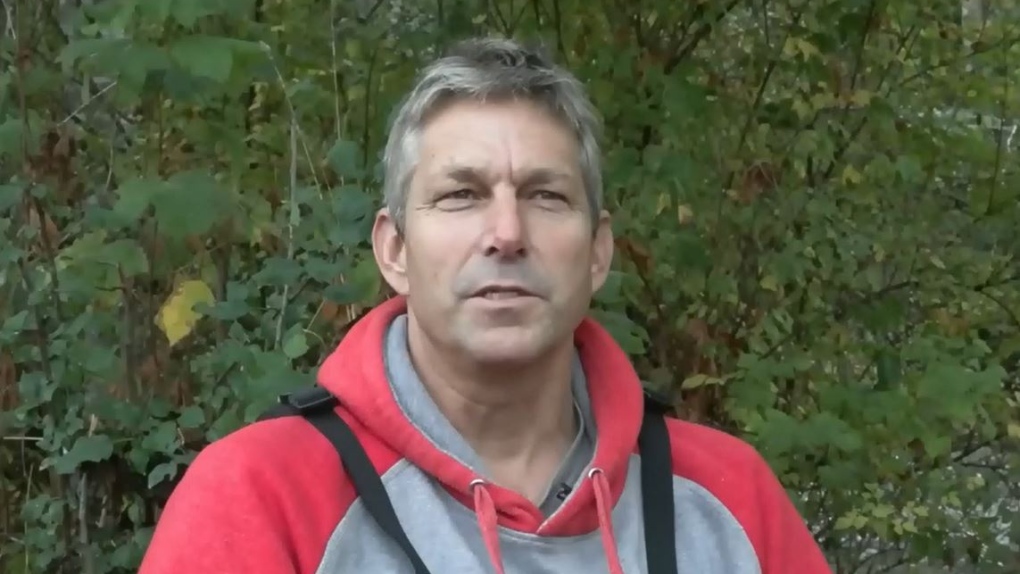 His gear is a 6K cinema camera inside a custom-built housing that he has rigged up at the end of a long pole for remote shooting. Jones says he can be on the shoreline away from the river and any fish or bears. He monitors the output on an iPad.

"Anytime I do anything new it's always exciting as far as a new behavioural animal," he said.

"I've been filming salmon and bears for so long that just filming them standing there or doing nothing is not as exciting. I'm really looking for that behavioural shot where they're actually doing something that they do," said Jones.

The videographer has certainly captured exciting footage of bears doing what they do best on Vancouver Island.