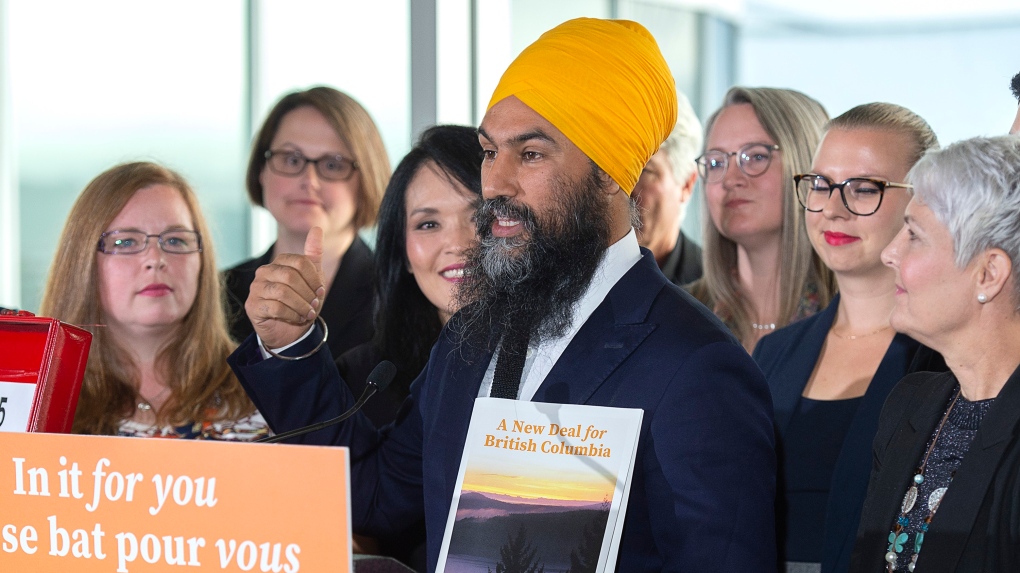 NDP Leader Jagmeet Singh announces plans to deal with the crisis around the price of housing as makes a campaign stop in Vancouver on Wednesday, Sept. 25, 2019. (THE CANADIAN PRESS/Andrew Vaughan)

VANCOUVER - NDP Leader Jagmeet Singh is releasing a platform pledge he insists will make life more affordable for families in British Columbia, especially when it comes to the sky-high cost of housing.

Speaking to reporters in Vancouver, Singh says an NDP government would take action and put forward funds to tackle money laundering and speculation in the housing market.

He says he would dedicate a unit of the Royal Canadian Mounted Police to fight money laundering and create a national registry to prevent companies from hiding profits they make from real estate.

Singh is also vowing to establish a 15 per cent national tax on foreign buyers to deal with housing speculation.

He says salaries, especially those of young people, have failed to keep up with rising costs.

Singh is running for re-election in the Vancouver-area riding of Burnaby South.

This report by The Canadian Press was first published Sept. 25, 2019.