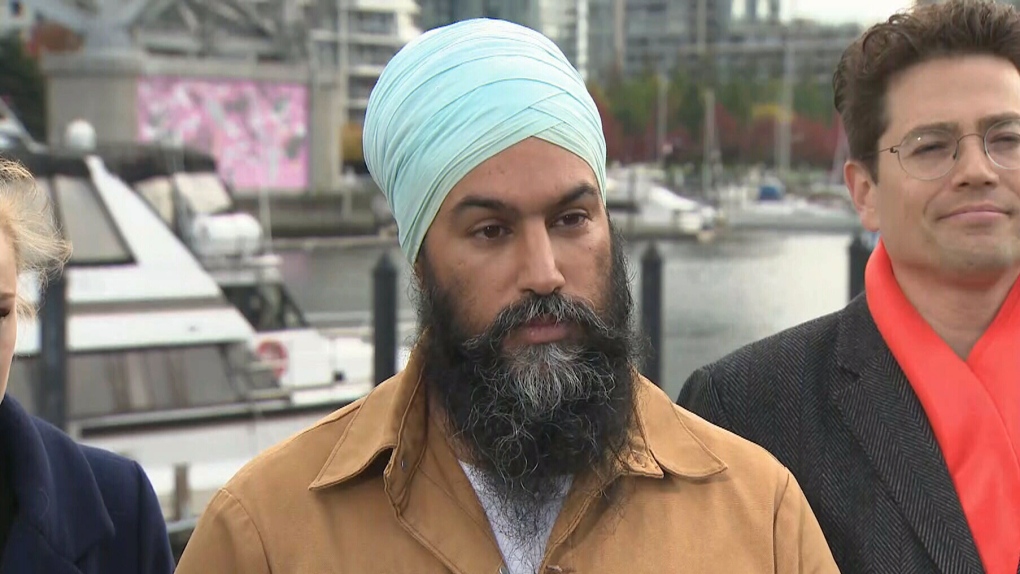 The New Democrats propose working with the provinces to get rid of an institution the party labels as undemocratic and unaccountable. (The Canadian Press)

TORONTO - NDP Leader Jagmeet Singh says following through on his party's long-standing pledge to abolish the Senate would give Canadians better representation.

Singh says senators represent the interests of the political parties that appointed them as opposed to Canadians, including those from smaller provinces.

As prime minister, Justin Trudeau introduced reforms to make the Senate more independent, including kicking senators out of the Liberal caucus, but critics say it is still a partisan body.

The New Democrats propose working with the provinces to get rid of an institution the party labels as undemocratic and unaccountable.

They promise that as they would work to abolish the upper chamber, an NDP government would insist the Senate prevent senators from holding up legislation adopted by the House of Commons.

Singh is in Toronto today, targeting two ridings the NDP lost in 2015 to the Liberals - including former leader Jack Layton's old riding - and which they hope to take back.

This report by The Canadian Press was first published Oct. 15, 2019.