The journey for a tiny feline named Blueberry has been long, but the escape artist can finally stop running.

Following the tragic death of her owner, a leap of faith, time in hiding and a medical recovery the ragdoll Siamese-cross is in a new permanent home. 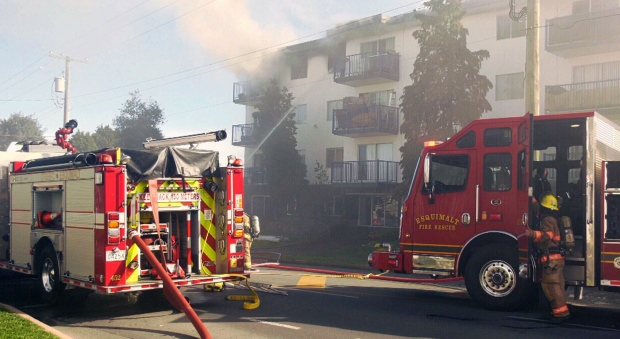 On April 7, firefighters saved five people from a burning apartment building on Craigflower Road in Esquimalt.

Judith Burke, who lived in a top floor unit was tragically unable to jump from her balcony and died. Neighbours told an animal recovery group called Find Lost and Escaped Cats, or FLEC, that Blueberry was Burke's pet.

The medium–long hair cat with brown and white fur and bright blue eyes was seen leaping for safety as flames and smoke billowed from Burke's apartment. Burke lived on the fourth floor.

Landing in a hectic scene below, the cat ran away, according to witnesses.

The fatal fire is being blamed on human error. 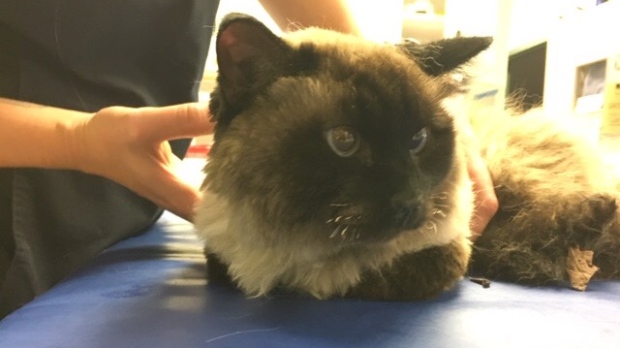 Traumatized, the cat spent a week in hiding.

Eventually discovered by a FLEC team member beneath a thorn bush, Blueberry was in rough shape.

Singed paws and whiskers were just the start as veterinarians would discover the frisky four-legger had three broken ribs, likely the result of a four-storey drop.

After discovering the cat’s owner had perished, FLEC was unclear who would claim the ailing kitty, but the mystery soon ended.

Judith Burke, who was apparently a lover of cats made final arrangements for a roommate. FLEC says Burke’s will clearly laid out a plan for Blueberry if she were to suddenly pass away. Blueberry was going to a close friend for her new forever home.

While dogs may have been bequeathed the title as man’s best friend, cats clearly harbour deep, meaningful connections to their owners. This is summed up in an image FLEC sent CTV News.

It shows Blueberry, singed whiskers and all, curled up in a travel kennel, on the only items that bring her calm in this troubled time. Beneath the stoic cat are a shirt and vest once worn by Judith Burke.

Blueberry is expected to make a full recovery.