Should you 'pull through' in parking lots? Experts divided 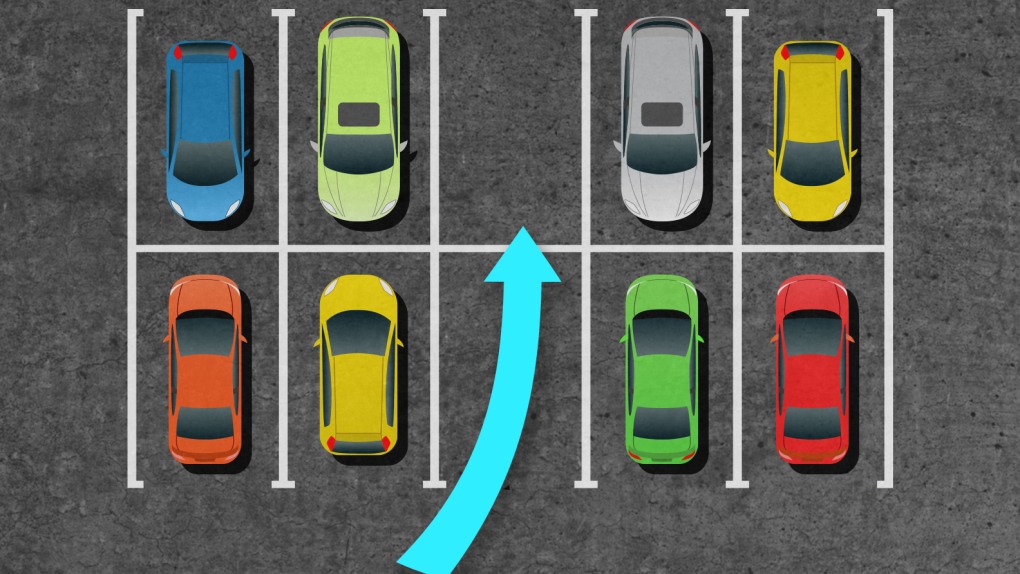 Opinions are divided on whether the popular parking manoeuvre of 'pulling through' to an open space is legal, Friday, Jan. 25, 2019.

It sounds like a Seinfeld episode. Someone pulls into a parking space. The space in front of it is empty. The driver doesn’t pull through. Fireworks ensue.

In a conversation on CFAX 1070 last week about the highs and lows of Capital Regional District parking lots, the discussion momentarily shifted to the merits of the popular parking manoeuvre commonly referred to as the "pull-through."

The parking technique involves a driver pulling through one empty parking space, before parking in the empty spot in front it, never putting the vehicle in reverse.

For many, it’s a treat awarded to only the luckiest of parkers. For others, it’s criminal.

“It's actually illegal to drive straight through because if you're pulling out and somebody sees an open parking spot and they're pulling in you're going to end up doing a head on,” wrote one CFAX listener.

Some thought the practice was dangerous. “I agree about not driving through in a parking lot. There are no tail lights lit up in the front of a car, only in the back. One is looking for those tail lights when driving in a parking lot,” said another listener.

Lindsay Wilkins, ICBC – “Should be avoided”

“Pulling through to another parking spot increases your risk of crashing so it should be avoided,” says Wilkins. “As a driver, you don’t know if another driver is also aiming to park in the same spot."

ICBC says drivers are always encouraged to back into parking stalls whenever possible. On road tests, examiners ask drivers to back up into parking spots. Wilkins says it’s very unlikely a pull-through scenario would occur during a road test.

“I always pull-through,” says Wallace. “You always try to avoid reversing when you’re exiting a parking stall. Thirty per cent of the crashes happen in parking lots or confined spaces and often the reverse gear is the culprit.”

Wallace says drivers are more likely to “whack things” when they are reversing. He says drivers should reverse into a parking spot. That gives them time to scan the lot, and allows them to exit the stall going forward. Bottom line: “Avoid the reverse gear at all costs” when exiting a parking stall, he says.

Tristan Dickson, Young Drivers of Canada – “If it’s safe to do so”

Like Wallace, Dickson recommends that drivers back into parking stalls. “Ultimately, our main objective is to avoid backing out when leaving a parking stall,” he says. That said, if a driver can pull through Dickson says the option should be considered.

“If it’s safe to do so, based on the discretion of the driver and the stall is big enough, then absolutely pull in.”

“There are no provisions, which I can find, about crossing the white painted lines in a parking lot,” he says. “If someone was over the lines (say taking up multiple spaces) then it would be up to the owner of the lot to remove the vehicle.”

According to Leslie, most parking lots are considered private property. However, the public “has access or is invited” therefore the provisions of the Motor Vehicle Act are still in force.

“As an example, someone is still required to wear their seatbelt and they can’t text and drive while in the parking lot. If they draw the attention of the police then they could receive a ticket under the MVA for the offence,” says Leslie.

Simple question. When you're parking. And the stall in front of yours is empty. Do you "pull-through"?

CTV News reached out to Mo Jessa, the manager of Robbins Parking, which has several lots in the Capital Region, to see if pull-through parking had resulted in any collisions. Jessa was unaware of any recent incidents relating directly to drivers pulling through.