Ship returns to Victoria after removing 29 tonnes of plastic, plans to remove more

A crew of sailors with an ambitious goal of cleaning up the world's oceans of plastic are preparing to ramp up operations, after a successful test run in the Pacific.

The crew returned to Ogden Point in Victoria after collecting trash from the Great Pacific Garbage Patch.

The crew was greeted at Ogden Point after completing a 12-week test mission.

"We are currently in a phase where we have proof of technology," said Van Dalen.

That technology is a trash collecting system fondly referred to as "Jenny."

Jenny is pulled between two vessels and gathers ocean plastics in a compartment the size of a school bus. 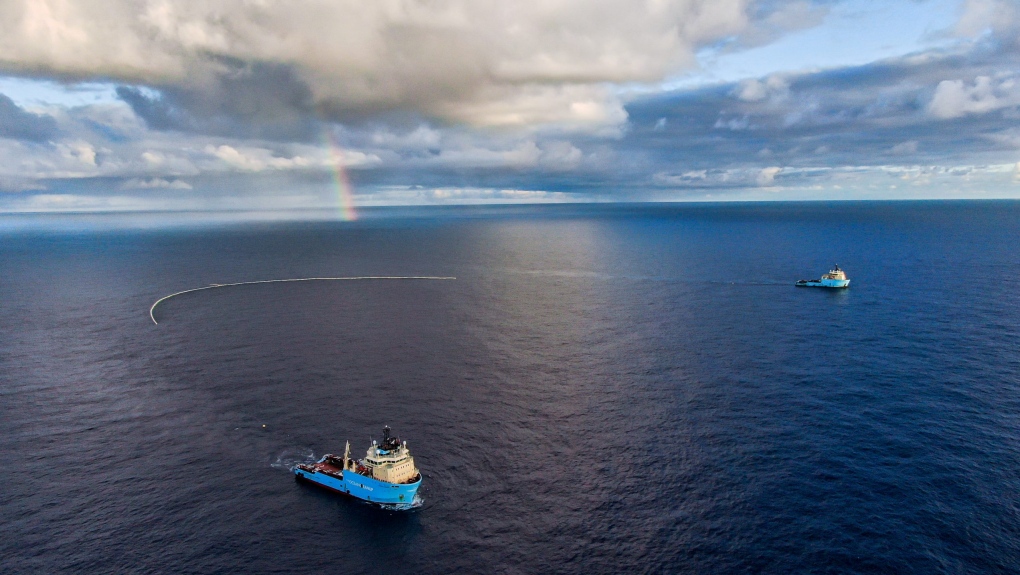 The collection system can pick up objects both large and small.

"Stuff that clearly comes from land," said Boyan Slat, CEO and founder of Ocean Cleanup. "Things like toothbrushes, handles of umbrellas. We cought a fridge as well as a mannequin."

Now that the system has proven to work, Ocean Cleanup is preparing for its next ambitious goal.

"The mission remains 90 per cent of the plastics out by 2040," said Joost Dubois, director of communications for Ocean Cleanup.

The goal will require a larger felt, and a few more tweaks.

"We want to expand the size of the system so we can capture more plastic," said Van Dalen. "Our models show if we have 10 of these systems we can clean up the Great Pacific Garbage Patch effectively."

If more ships are added, Ocean Cleanup – which is based out of the Netherlands and New York – says it will need another base of operation.

"This area proved to be suitable in the operations we've done thus far, so it's not unlikely that it could be in this area," said Van Dalen.

In the future, Victoria's Ogden Point could shift from a temporary home to a permanent one for this innovative project.