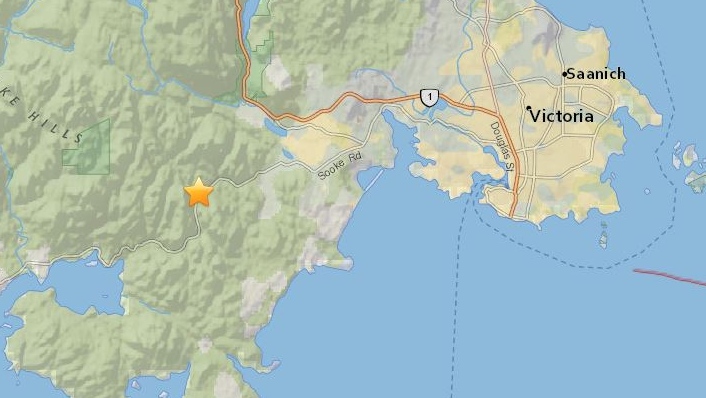 A 1.9-magnitude earthquake that struck near Langford Monday night was felt on the South Island. Nov. 27, 2017. (USGS)

A 2.4-magnitude earthquake struck the South Island Monday night, with many residents taking to Twitter to report shaking in their area.

The U.S. Geological Service reported the shaker struck just after 7 p.m., about six kilometres southwest of Langford at a depth of 21.8 kilometres.

It was first reported as a 1.9-magnitude earthquake, but the USGS later upgraded it to a 2.4-magnitude.

Others said the tremor shook their entire house.

You bet! Shook the house!!

Felt it on Bear Mountain!!

Anyone else feel that? It felt like an earthquake here in Victoria. More of a thump than the usual wave though. #YYJ