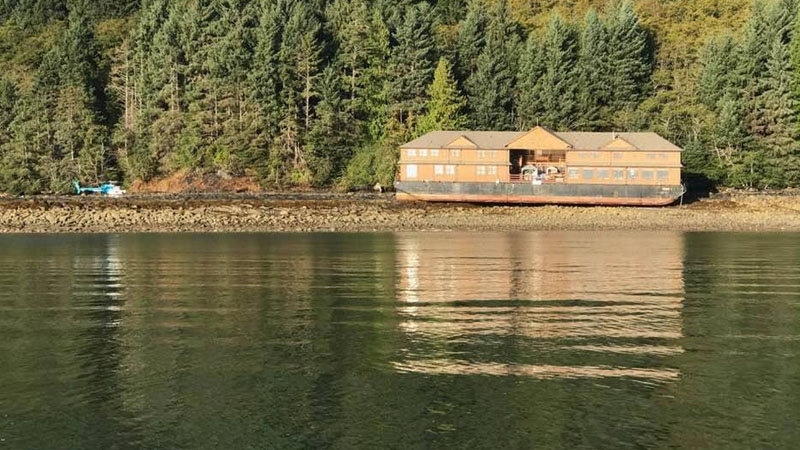 The Tasu 1 barge is seen in this image from September 2018.

It says emptying the vessel has been complicated by seawater that flooded into part of the breached hull of the barge, which carries the Hippa Lodge, a 48-guest luxury fishing resort.

The barge and lodge broke away from their moorings in high winds on Sept. 8 and ran aground on the east coast of Haida Gwaii near the village of Queen Charlotte.

There was concern that a ruptured fuel line had filled the hold with possibly explosive gas vapour and a news release from the Haida Nation says unloading the cargo requires careful planning and implementation.

It says the coast guard, Environment Ministry, resort owner HaiCo and other experts are considering how to complete the unloading and begin salvaging the barge.

No pollution has been detected but officials say the barge is being monitored closely to ensure safety and protection of the environment and surrounding culturally significant areas.