Several arrests made during RCMP search of notorious home in Courtenay 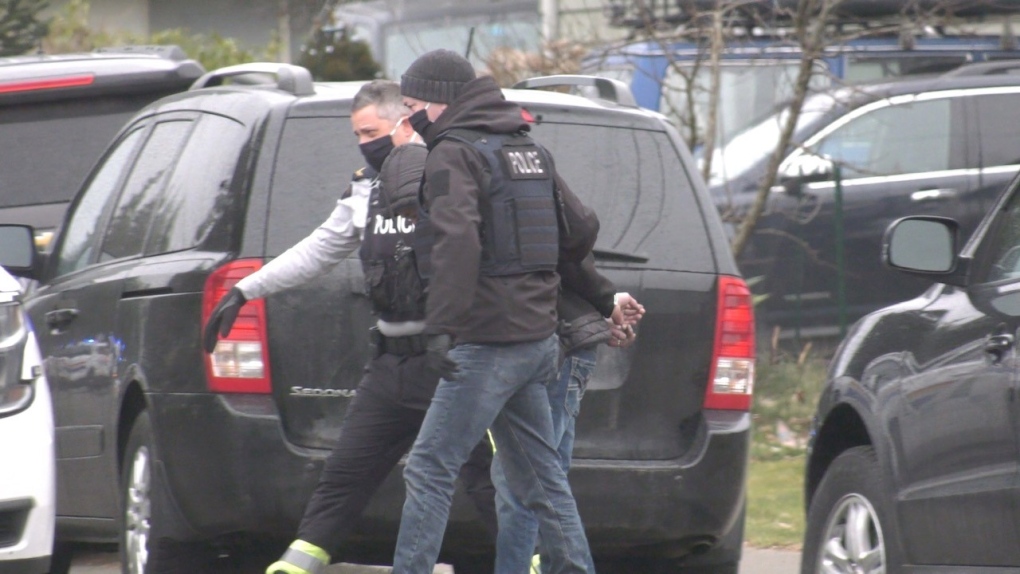 RCMP in the Comox Valley say several arrests have been made after a warrant was executed on a home in the 1600 block of 20th Street in Courtenay Thursday afternoon. (CTV)

COURTENAY -- RCMP in the Comox Valley say several arrests have been made after a warrant was executed on a home in the 1600-block of 20th Street in Courtenay Thursday afternoon.

“We did make quite a few arrests at that residence, we still have several people in custody and moving forward we’ll release more information once we have it,” says Const. Monika Terragni of the Comox Valley RCMP.

On Friday, police said 19 people were arrested. In addition to criminal charges, police are also exploring the possibility of fines for violations of B.C.'s COVID-19 restrictions.

“The purpose of the raid was to execute a search warrant, in this case it’s in association to several criminal offences that may have taken place at that residence,” Terragni says.

She says officers are very familiar with the residence and have been called there several times by neighbours.

“The home for some time has been the subject of lots of different police reports regarding some drug trafficking, property offenses, disturbances, that sort of thing,” she says. “It is a known residence within the Courtenay community and this is really the result of a lot of complaints coming from the public which allowed our Street Crimes Unit to really initiate a focused investigation on that residence and what was going on there.”

Terragni says police understand the ongoing frustrations of those living near the rental home.

“We share in that frustration as well, going to the same area over and over again for the same types of calls,” she says. “This is an opportunity. It’s a collaboration of working with neighbours and getting those reports and acting on them that allows us to act within the authorities that we have as police officers and the laws of Canada to reduce the crime in the area.”