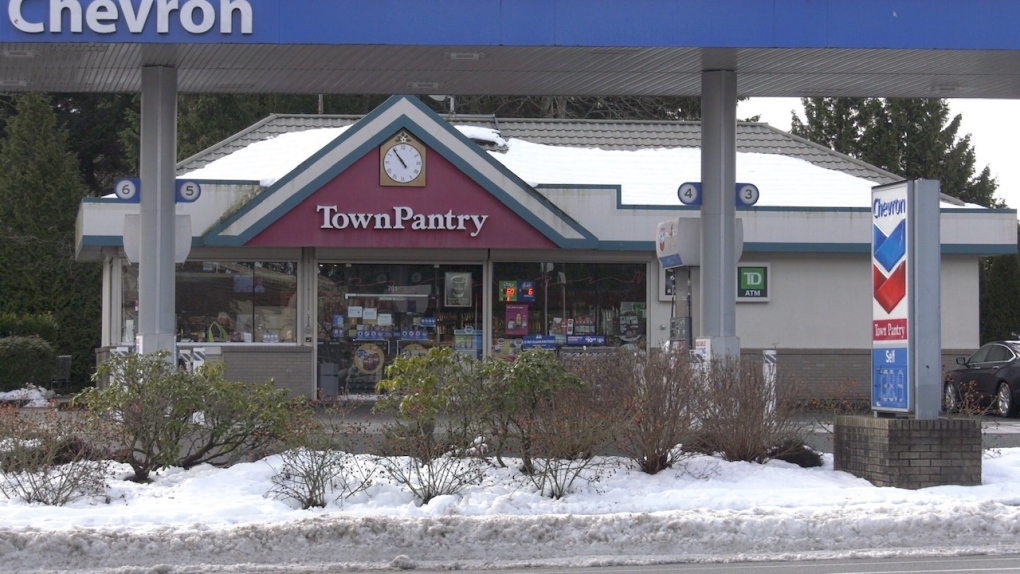 VICTORIA -- RCMP are investigating after a robbery and "serious assault" occurred in the Comox area in the early hours of Friday morning.

Comox Valley RCMP say the incident occurred around 12:50 a.m. outside of the Chevron gas station in the 700-block of Anderton Road.

The victim told police that she had just finished locking up her store and was putting things into the trunk of her car when a man approached her. He drew what appeared to be a handgun and demanded that the woman hand over any valuables.

The man then grabbed the woman's car keys, purse, and assaulted her, leaving her with a laceration on her neck.

Mounties are now asking anyone with information on the incident to come forward.

"Police are still gathering evidence in the area and will release surveillance photos of the suspect if they become available," said Const. Monika Terragni of the Comox Valley RCMP in a release Friday.

"If you were in the area, please review any dashcam or surveillance footage you might have and call police right away with any information," she said.

The man is described as a white male who stands roughly 5'6" to 5'8" who appeared to be in his 20s. He has short hair and a skinny build and was last seen wearing black pants, a black disposable mask, and a light-grey jacket with a white diamond pattern on it with the hood pulled up.