A Friday morning fire has destroyed a home in Merville, B.C., but the elderly couple inside managed to escape the flames.

Crews from Oyster River Fire Rescue responded to an abandoned 911 call from a home on Winn Road at approximately 6:45 a.m. and then received a second call from a neighbour indicating a structure was on fire.

"When our first officer arrived on scene, he unfortunately found a fully involved structure fire," said fire chief Bruce Green. "Unfortunately it was an elderly couple, it looks like they made it out with not even the clothes on their back so it was fairly close for them getting out of the house."

Crews' efforts were complicated by the fact the home was located at the end of a long driveway that hadn’t been plowed and still had a significant amount of snow on it. 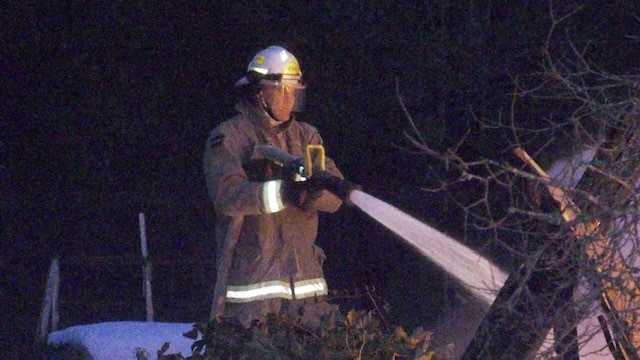 "There’s probably eight inches to a foot of snow on the ground, a long rural driveway, our trucks had issues getting up there, it’s probably three-quarters of a kilometre long driveway so we’ve stretched basically every piece of hose we have off the truck to make it to the scene," Green said.

While the house was destroyed prior to their arrival, Green says the incident serves a reminder to residents in rural areas to try to keep access to their homes clear. 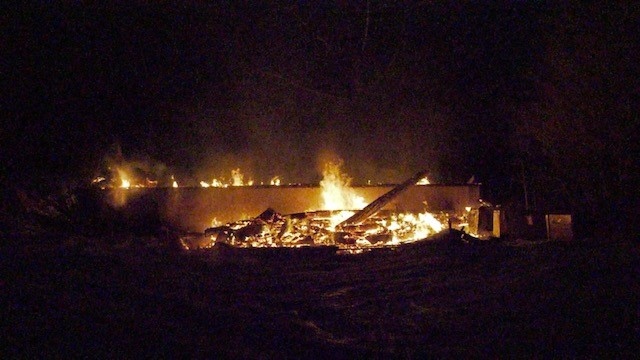 “When your house is on fire, every second counts for us to get there and if we have challenges like today, it takes us a while to get to the fire,” Green said.

He also encourages people to check on their neighbours, especially seniors.

“If you have a tractor or something like that, help your elderly neighbours, shovel their driveways, get their driveways done even if they don’t drive up and down the driveway, for emergency services to get here,” he said.

In this case the couple had to be assisted down the driveway to the midway point so they could access the ambulance. They were eventually taken to hospital to be checked over.

Crews will have to return to the scene later to try to determine the cause of the fire.