Seaweed harvesting in the spotlight on Vancouver Island 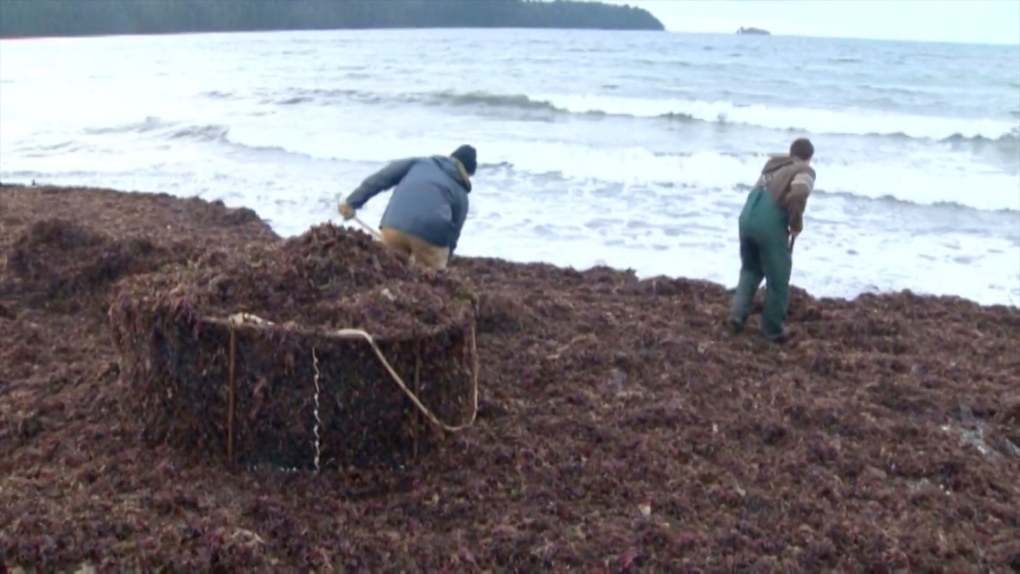 Vancouver Island is hosting its its first ever Seaweed Days event: (CTV News)

COURTENAY -- The eyes of anyone around the world interested in seaweed are focused on Vancouver Island this week as the island celebrates its first ever Seaweed Days, running from May 17 to 23.

The week was created by the Cascadia Seaweed Corporation in Sidney but according to George Hanson, the president of the Vancouver Island Economic Alliance, it incorporates everyone on the island involved in the emerging industry.

"Small seaweed operations have been in the region for decades but at the commercial level, this is a brand-new industry in British Columbia," said Hanson.

He says many parts of the island are benefiting from the natural commodity.

"It’s enormously important. For one thing, we’re at a stage now where the status quo just isn’t acceptable anymore, and this is a huge opportunity for not only growing seaweed in coastal B.C. – but for producing a whole range of seaweed products for which there is global demand," Hanson said.

Fulfilling that demand will require more companies and more employees, according to Hanson.

"Based on the size of our coastal region we believe we can produce 30,000 jobs in the area growing seaweed alone. Anywhere where there are protected waters along the coast of B.C. is ripe for seaweed cultivation," he said.

The week-long virtual event will include a speaker series, culinary demonstrations, panel discussions and tours, much of which will focus on bringing greater awareness to the economic benefits of expanding the industry.

"We in North America don’t think too much or haven’t thought too much about seaweed, but seaweed is a staple in the diets of many people around the world and we see tremendous opportunity to build on that opportunity in the pristine waters of British Columbia,” Hanson said.

More information on the industry or the week’s calendar of events can be found here.