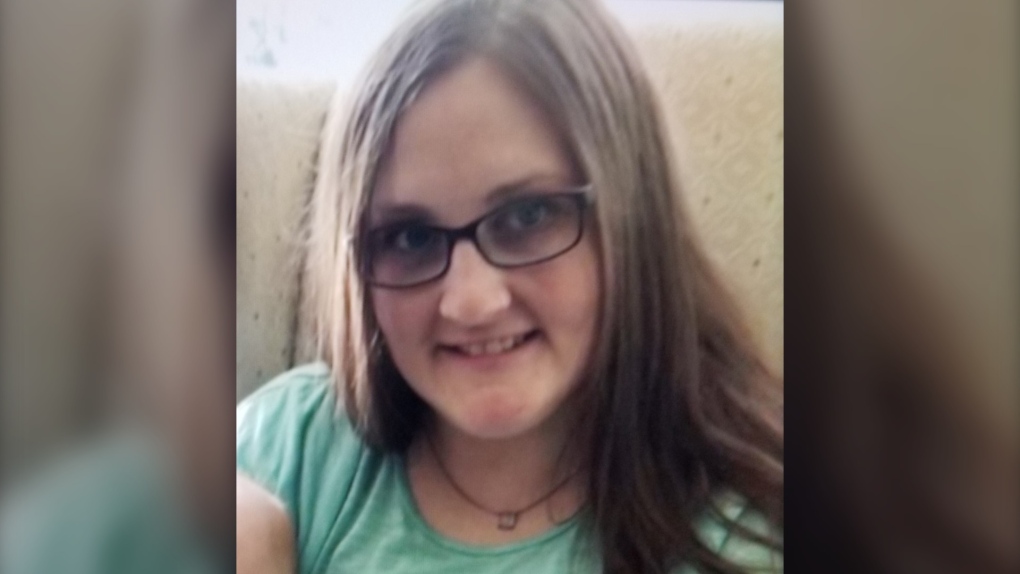 Saanich police say they are looking for 33-year-old Jaime Traynor, who was last seen by her family shortly after 10 p.m. Saturday. (Saanich police)

VICTORIA -- Police and search and rescue members are searching beside the Malahat for a missing person on Sunday.

In a news release, Saanich police say they are looking for 33-year-old Jaime Traynor, who was last seen by her family shortly after 10 p.m. Saturday.

Police say Shawnigan Lake RCMP located Traynor's 2001 red Saturn sedan around 2:30 a.m. Sunday on the Malahat, but checks of the surrounding area and her residence in Saanich have so far yielded no sign of her.

Cowichan Search and Rescue crews are scouring near the Malahat Summit and witnesses said an RCMP helicopter is searching above the area.

The search started early Sunday morning, and police are asking the public to help locate her.

Police describe Traynor as a white woman with brown hair and blue eyes. She stands 5'4" tall and weighs approximately 215 pounds, and she was last seen wearing a green and white top and black tights, police said.

Saanich police say Traynor has some mental health concerns that make her a "high-risk" missing person.

“Her family is very concerned about her well-being and hope that someone has seen their daughter or has information that can help the police locate her," police said in their release.

Traffic delays are occurring as one lane is closed for SAR vehicles.

Anyone who sees Traynor, saw her vehicle recently, or has information about where she might be, is asked to call the Saanich Police Department at 250-475-4321.

This is a developing story and will be updated once more details are available.