VICTORIA -- Search and rescue teams and RCMP members have resumed the search for a missing Nanaimo couple who were scheduled to return from a fishing trip Wednesday but have not been seen since.

Searchers are looking for Cody Martin, 32, and Tamara Sandulak, 29, in the Nanaimo Lakes area. They were reported missing Thursday after they did not arrive back at their Nanaimo home.

On Thursday, dozens of Nanaimo Search and Rescue volunteers scoured the Nanaimo Lakes and Echo Lake area on foot and on ATVs. The search stopped late in the evening and resumed at 7 a.m. Friday.

An RCMP helicopter assisted with the search Thursday, and will return to provide air support Friday, weather permitting.

Searchers say they are hoping to find the couple’s vehicle, a burgundy Dodge Ram 1500 pickup truck with BC licence plate NV9240.

"When the vehicle is located, it will provide a starting point which will be advantageous to the search effort," said Const. Gary O’Brien of the Nanaimo RCMP in a release Friday. 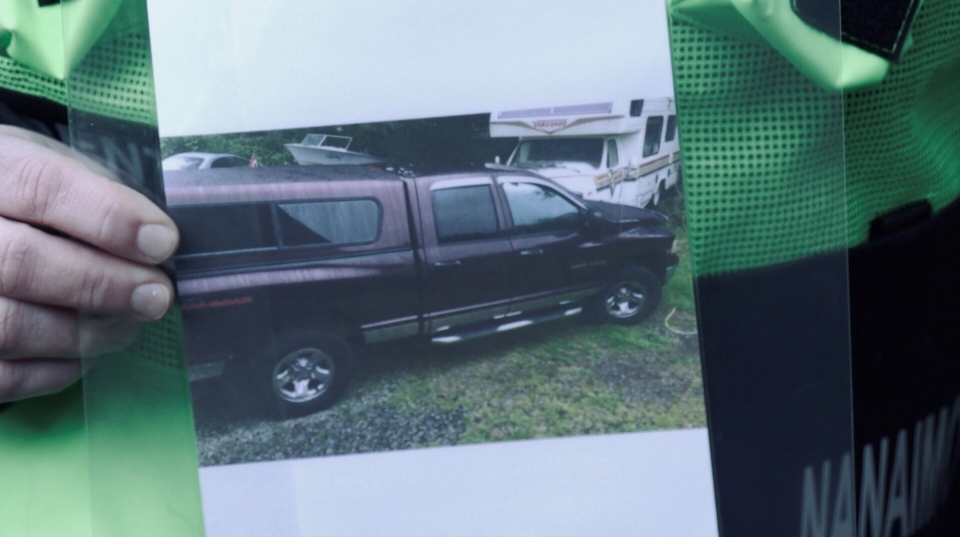 Police say the couple’s dog, Rex, a black lab cross, is also with them.

Search and rescue volunteers from nearby teams in Cowichan and Arrowsmith are expected to help with the search Friday. Officials are discouraging members of the public from joining the search as the area is considered difficult terrain and is an active logging region.

"It is also hunting season and the area has had several days of snowfall making driving conditions treacherous," said O’Brien.

Martin is described a s a white man who stands 6'3" and weighs approximately 210 pounds. He has brown hair, blue eyes and was last seen wearing a black jacket and tan coloured pants.

Sandulak is described as a white woman who stands 5'6" and weighs approximately 140 pounds. She has brown hair, hazel eyes and was last seen wearing a black coat and blue jeans, or dark leggings.

The couple are said to be experienced outdoors people who have been to the area several times to fish and to pick mushrooms.