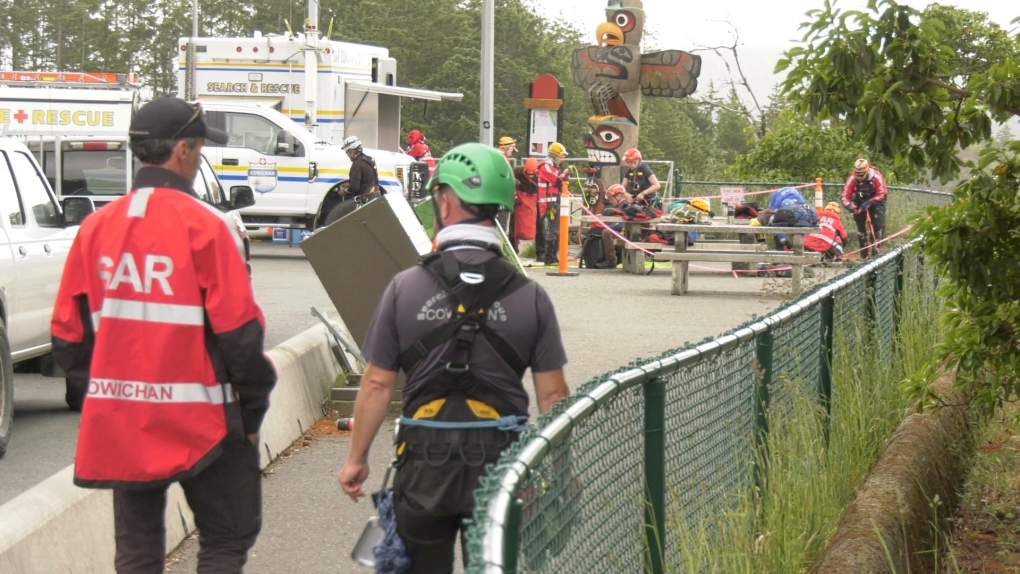 Cowichan Search and Rescue, alongside other emergency services, are continuing the search for missing woman Jamie Traynor who was last seen on Saturday night: June 8, 2020 (CTV News)

VICTORIA -- A search and rescue team is back at the Malahat Summit for a second day Monday as the search for a 33-year-old Saanich woman continues.

Missing woman Jamie Traynor was last seen on Saturday night around 10:30 p.m. and police discovered her abandoned vehicle at the summit around 2:30 a.m. Sunday morning.

A helicopter could be seen circling the area Sunday, and the Cowichan Search and Rescue team is back at the summit Monday.

The Shawnigan Lake RCMP is assisting the search and the Saanich Police Department is handling the missing person case.

Saanich police say that Traynor’s family is very concerned for her wellbeing.

“There are some mental health concerns that the family has addressed, which kind of heightens and has elevated the search given the short timeframe of her going missing,” said Const. Markus Anastasiades, Saanich police.

“She’s been gone for about a day and a half now, so certainly this is not usual for her,” he said. “Certainly, the family is very concerned – as are the police.”

Traynor is described as a 33-year-old white woman with brown hair and blue eyes. She is 5' 4" tall and was last seen wearing a green and white top with black tights.