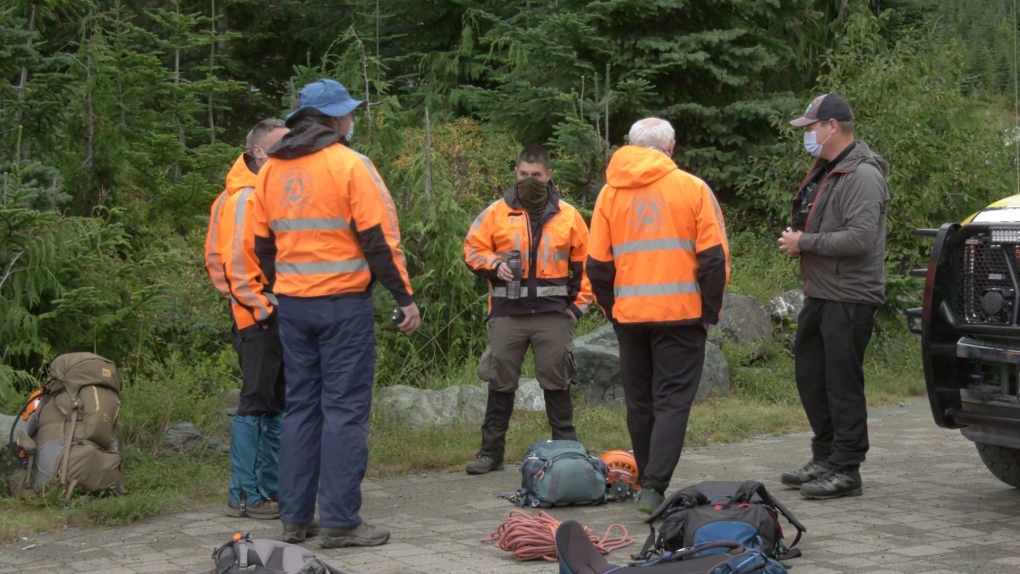 Searchers say they have located the man and are trying to figure out how to extract him from where he landed after his fall: (CTV News)

Initial reports are that a man, who was hiking by himself, may have had a fall before calling for help.

According to search manager Bronwen Beedle, the fall does not appear to have caused any serious injuries, but did result in the man becoming lost. He contacted RCMP using his cell phone Monday morning.

"A team went in to see if they could locate him and they have located him, now they're trying to figure out how to get him out," said Beedle.

Search and rescue teams say that weather is now becoming a factor.

"The fog is quite dense up there in some places," Beedle explained.

"The weather is changing with rain showers and fog… so that's why we're trying to get him out of there now. We have a team in but we might not be able to get them out," she said.

Volunteers with ⁦@ComoxValleySAR⁩ hoping to extract hiker who ran into difficulties on Mount Albert Edward pic.twitter.com/Lfq3EKExpK