Scooter rider in hospital after van swerves to avoid deer

A scooter rider has been taken to hospital after colliding with a minivan in Saanich.

The incident happened Wednesday morning after the rider slammed into the back of a minivan that had braked to avoid hitting a deer.

The scooter could be seen wedged underneath the back of the van near the intersection of McKenzie Avenue and Century Road.

"A van reportedly saw a deer jump onto the roadway and attempted to swerve around it but braked hard," de Boer said. "[It] scared the deer off the road but unfortunately behind there was scooter unable to brake in time before making contact with the vehicle."

The scooter rider was taken to hospital with unknown injuries for observation.

“It’s kind of a good reminder for people who are on motorcycles or scooters to give extra space, be bright, be visible," he added. "We have had a couple fatal MVIs in the last few weeks, so just be careful.” 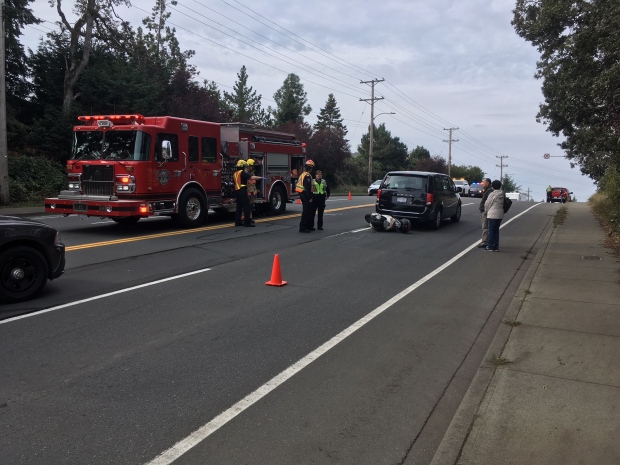