Scooter ride share service to roll out in Victoria 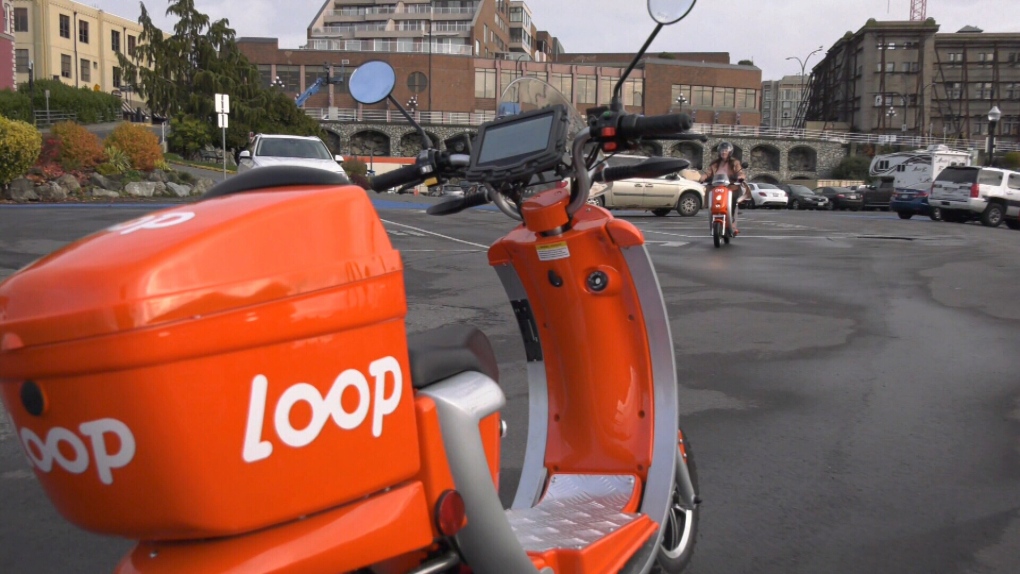 Loopshare, a scooter ride sharing company that would let you pick up and drop off electric scooters, hopes to launch in early 2020: Nov. 12, 2019 (CTV News)

A new ride sharing company has set its sights on the Victoria market and hopes to bring upwards of 100 fully electric scooters to the city early next year.

“And what you’re seeing here in Victoria is our entrance into ride sharing,” Clayton told CTV News.

The company has partnered with Harbour Air for a pilot project that has employees testing out the scooters and providing rider feedback.

“Riding a scooter is really fun,” said Harbour Air executive assistant Kyla Smith. “Everybody has been asking about it everywhere we go, so it’s nice to see the excitement, just from everybody else in the city.”

Loopshare is working to get other partners on board to create a network of pick up and drop off locations around the city. The scooters are equipped with GPS equipment and can be located and unlocked with a mobile app.

“Once you’ve found that scooter it’s going to generate a 4 digit code for you,” Clayton said. “Then, you’re going to punch that into the scooter [and] it’s going to release the helmet in the back. Kick the kickstand and you’re off to the races.”

In order to ride these scooters, drivers will need a class 5 license and will be required to wear their helmet at all times.

“Safety is obviously of the upmost importance to us,” said Clayton. “This is not for bike lanes, this is not for sidewalks. You are with the traffic.”

Loopshare hopes to officially launch in Victoria as early as January or February 2020.