Firefighters on Denman Island were busy Tuesday fighting a major blaze in a vacant village storefront.

The call for help came in shortly after noon for a fully involved structure fire.

Firefighters immediately took a defensive position around the building, hosing down nearby buildings and several trees that had started to burn, according to Denman Fire Chief Don Luckett.

A nearby school was also evacuated due to smoke exposure, Luckett said.

Five firefighters from Hornby Island and two from Fanny Bay assisted the 25 members from Denman who continued battling the blaze late Tuesday afternoon.

The cause of the fire is still unknown and Mounties were attending the scene. 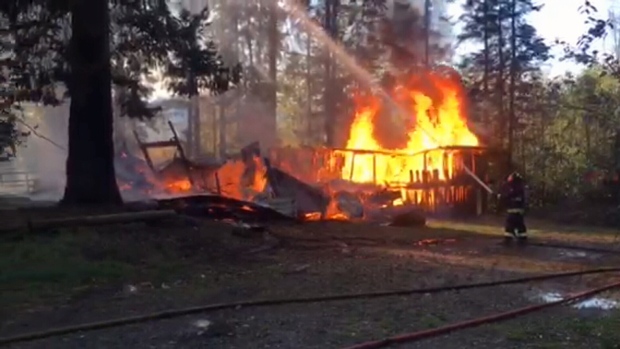