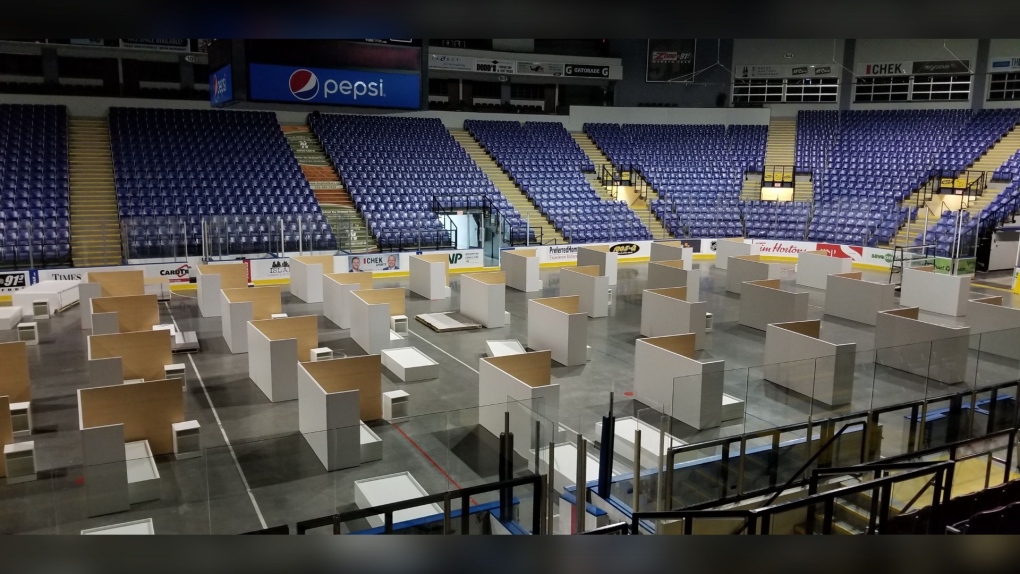 VICTORIA -- Dozens of homeless people who are sheltering in Victoria’s Save-On-Foods Memorial Centre will be moved to the vacant Mount Tolmie Hospital in Saanich this week.

The province says its shelter lease with the Victoria arena could not be renewed, forcing BC Housing to find new accommodations for 43 people who are still living in the arena.

"We've seen first-hand the positive impact safe and secure shelter have on people experiencing homelessness, as well as the broader community," said David Eby, Attorney General and Minister Responsible for Housing, in a statement Monday.

New accommodations at Mount Tolmie Hospital, and other existing shelter locations around the region, will allow residents to have their own rooms and access social supports.

"We have worked hard over the last year to move people living outdoors inside and we don't want to send people back to living on the streets,” Eby added. “This new Mount Tolmie Hospital shelter will allow guests to have rooms of their own and ensure they can continue to access the supports they need so that their journey to wellness is not interrupted."

The province says the move is necessary because the arena is hosting the International Basketball Federation (FIBA) Olympic Qualifying Tournament from June 29 to July 4.

PHS Community Services Society, which has been providing resident services at the arena, will remain the service provider at Mount Tolmie Hospital, located at 3690 Richmond Rd.

The province says this continuity of staffing will minimize disruption to the existing residents, many of whom have been living together for several months.

Island Health and BC Housing have entered into an agreement that enables BC Housing to occupy the hospital for use as a temporary shelter for the next 12 months, according to the province.

The long-term goal for those living in the temporary shelter is to secure suitable supportive housing in the Greater Victoria area, the province added.