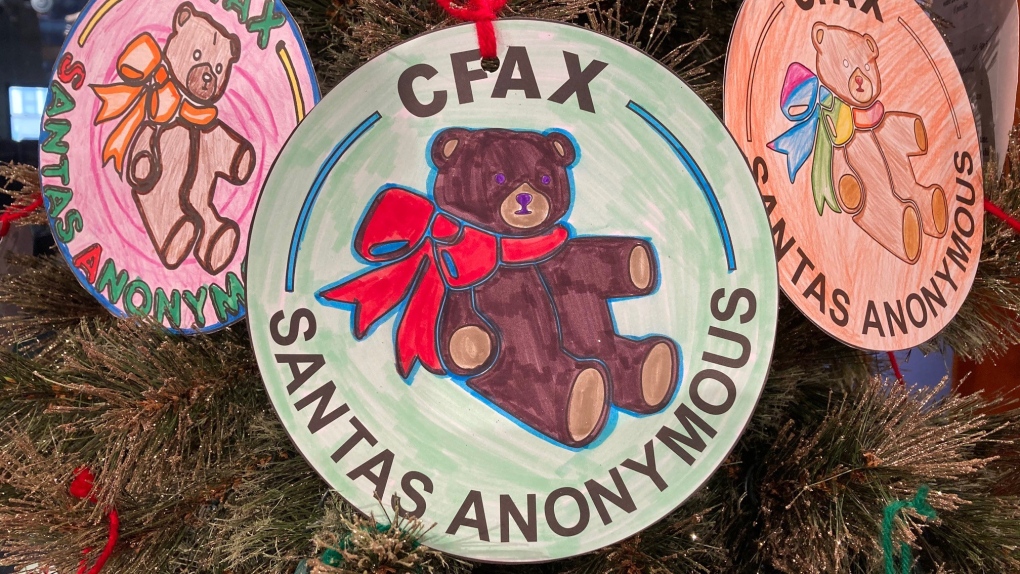 The 2022 Miracle on Broad Street event will be broadcast live on CFAX 1070 where special musical guests such as Jesse Roper, Daniel Lapp and Diane Pancel will perform. (CTV News)

Preparations are underway at 1420 Broad Street in Victoria where on Friday the Bell Media building will host the Miracle On Broad Street Radiothon, the major fundraising event for CFAX Santas Anonymous.

The event will be broadcast live on CFAX 1070 where special musical guests such as Jesse Roper, Daniel Lapp and Diane Pancel will perform.

The event will also give an opportunity for community members to share their stories of times they were in need of help and how that assistance made their lives better.

“It’s a trusted charity in our community,” said Al Ferraby, host of Mornings with Al Ferraby, on CFAX 1070.

“The money that you donate goes directly to help local children and families that are in need.”

The organization says an unprecedented number of people applied for its hamper program this year.

The charity has provided Christmas hampers to thousands children and their families over 45 years.

The charity also provides help year round through special grants to projects that support children, youth and families in Greater Victoria.

CTV News Vancouver Island will be providing live updates during its 5 p.m. show and the grand total will be reveled before 6 p.m.

As negotiations continue between premiers and the federal government, former Quebec premier Jean Charest is criticizing the feds' string-attached approach to health-care funding, stating that Ottawa should not be in the business of operating health-care systems.

PM Trudeau presents premiers $196B health-care funding deal, with $46B in new funding over the next decade

A sensor you draw with a pencil could be used for 'smart diapers,' contactless switches and respiratory monitors

We may soon be able to detect humidity levels, respiratory changes or a too-wet diaper, all with a new type of sensor — one created by drawing with a pencil on specially-treated paper.

A 24-year-old man now linked to an unusual string of crimes that kept the Dallas Zoo on the lookout for missing animals told police that after he swiped two monkeys from their enclosure, he took them onto the city's light rail system to make his getaway, court records show.

Defence attorneys for actor Alec Baldwin are seeking to disqualify the special prosecutor in the case against him stemming from the fatal shooting of a cinematographer on a New Mexico film set.