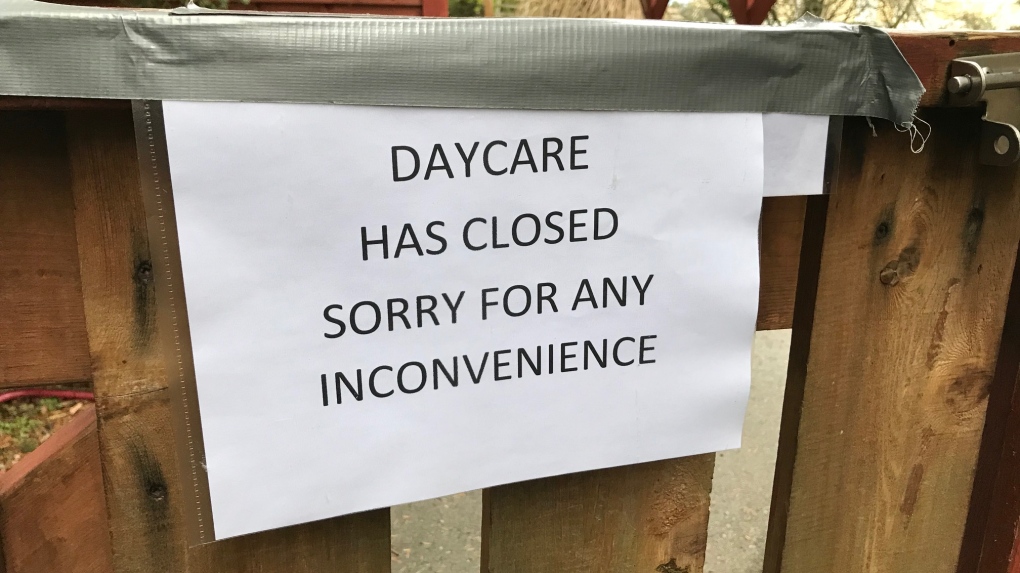 A sign at the Montessori Educare Daycare at 7925 East Saanich Rd. told parents in December the centre had been closed. (CTV News)

VICTORIA -- The operator of a Victoria-area daycare centre has been charged with multiple sex crimes against children.

Police executed a search warrant at the Montessori Educare Daycare in Saanichton in December. The operator of the centre, located at 7925 East Saanich Rd., was arrested at that time.

Central Saanich Police Chief Les Sylven told CTV News on Dec. 17 that complaints about the man's behaviour with children had been filed days earlier, prompting police to open an investigation into his conduct.

Pan was released from custody with conditions that he remain in Canada and report to a bail supervisor.

None of the allegations against him have been proven in court.