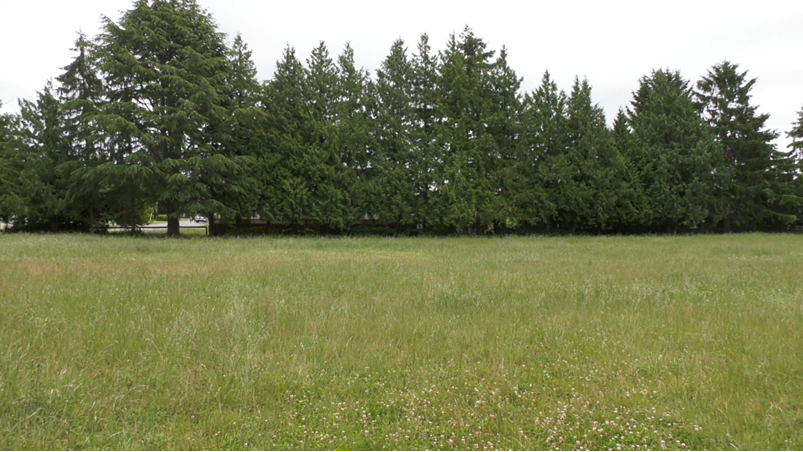 The green space that Saanich hopes to turn into a park called Kings Park is shown: June 14, 2021 (CTV News)

VICTORIA -- The Mayor of Saanich has written letters to the mayors and councils of neighbouring Victoria and Oak Bay to help fund the preservation of Kings Park.

Saanich purchased the property from BC Hydro in 2019 for $5.5 million with the goal that it be maintained as a green space in perpetuity. The green space is bordered by all three municipalities in an area not far from the Royal Jubilee Hospital.

“I wrote the letter to the Mayor of Oak Bay, the council of Oak Bay, Mayor and council of Victoria, to ask for their help to acquire this green space for the benefit of their residents and future generations,” said Saanich Mayor Fred Haynes on Monday. “It was an important piece of the process to identify where the community funding is going to go.”

Haynes says the district used $1.7 million that was raised by the sale of a Capital Regional District (CRD) property in the Wallace Drive area to purchase the BC Hydro property. Kings Park is considered by the CRD to be a sub-regional park and therefore was not considered for funding by the regional district’s parks acquisition fund.

“The collective understanding at the CRD board was that Kings (Park) helps Oak Bay, Victoria and Saanich,” said Haynes. “We paid $5.5 million and we said at council, 'can the community raise half?' and the community said it would try.”

Haynes says once the pandemic hit in March 2020, it brought community fundraising activities for the green space to a halt. Due to COVID-19, the community has only been able to raise $36,000 of the $2.75 million required for the land.

With the deadline to raise the required funds set to expire, Saanich Council voted that it be extended to April 2022. Council also voted to ask its neighbouring municipalities for a commitment to fund a portion of the purchase of the park space.

Haynes says with the park funded by the three municipalities jointly, there is an opportunity to create a greenway that begins at the mouth of Bowker Creek in Oak Bay through Victoria and Saanich that connects with the Galloping Goose regional trail.

“Once it's confirmed how much Victoria and Oak Bay can contribute, (Saanich) council will then reconsider the opportunity to take that money together with the money raised (through the Wallace Drive property sale) and see how much is left (to raise),” said Haynes. “We may find there is only $500,000 to raise over the next year.”

Haynes says that while Saanich has not yet received a commitment from either Oak Bay or Victoria for funding, there was a commitment that Saanich could request funding from the municipalities for the Kings Park green space.

“It's a critical letter to ask Oak Bay and Victoria if they are going to help preserve this green space in the interest of their residents as well as ours,” said Haynes. “We need to raise $2.75 million, which is half of the $5.5 million purchase price.”

In his letters to the neighbouring municipalities, Haynes has asked for the opportunity to meet with Oak Bay and Victoria councils to answer questions about the funding request. He says he hopes to have the meetings before the end of July.

“This is consistent with the decade of environmental restoration, consistent with climate change and consistent with looking two generations down the road, to say 'What’s the best use of that land?'” said Haynes. “I hope Victoria and Oak Bay support the purchase of this green space for their residents.”