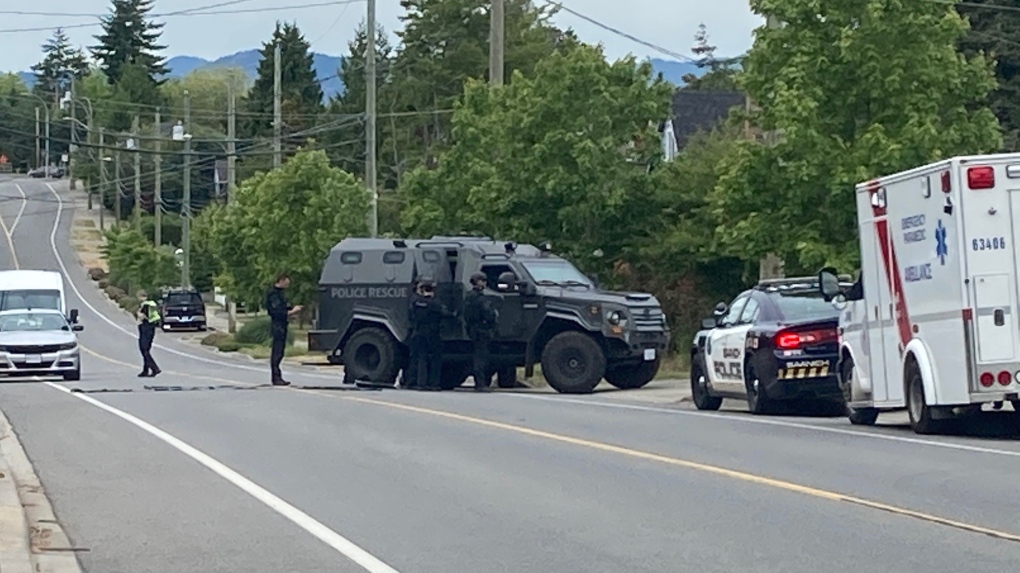 Police and first responders are seen on Tattersall Drive on June 11: (CTV News)

VICTORIA -- A section of Tattersall Drive in Saanich has reopened to traffic after the block was locked down due to a police incident Friday.

On Friday morning, Tattersall Drive was closed between Saanich Road and Quadra Street as police moved to arrest a man.

According to Saanich police, the incident first began as a civil dispute.

A police negotiator could be heard in the area calling for a man to exit the front door of a home, saying that he was wanted on several charges including assault with a weapon.

"Saanich police are asking the public to provide space for emergency personnel so the situation can be safely resolved," said police in a release Friday morning.

Around noon Friday, police said that the road head reopened to vehicles and pedestrians.