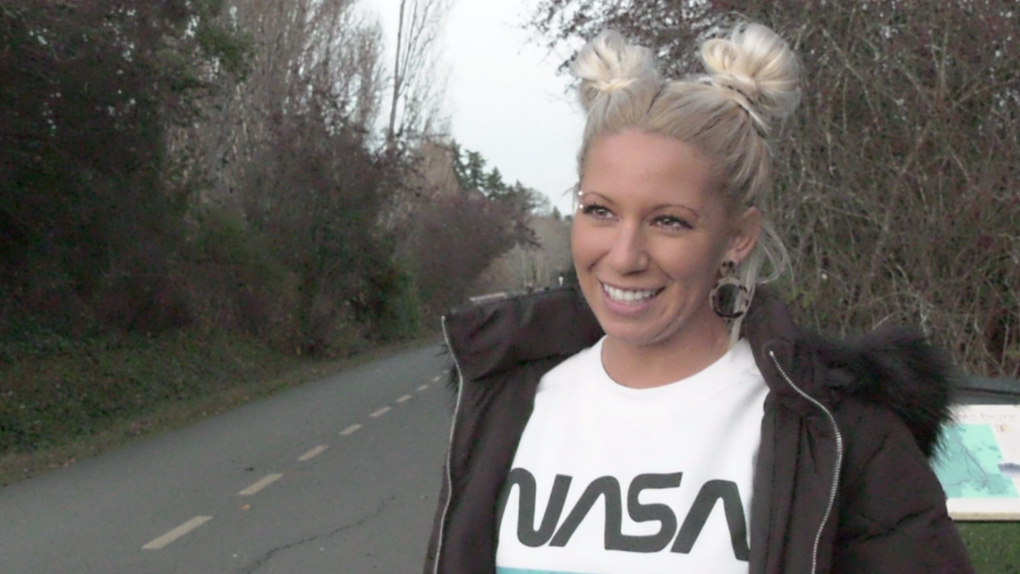 The woman was jogging along the Lochside Trail near her home and says could not hear her attacker approaching. (CTV News)
Victoria -

A woman who was sexually assaulted on the Lochside Trail in September says she is relieved now that a suspect has been taken into custody.

“I feel victorious,” said the woman, who asked not to be identified by name. “I just want to say a big thank you to the Saanich police, because they really made me feel supported through these last two months.”

The Saanich woman says that since the attack on Sept. 6, officers have been checking in with her and have been providing victim services.

“It’s important to realize that you’re not powerless and you do have support and resources,” she said.

The attack happened shortly before 8 p.m. along the Lochside Trail near Swan Street in Saanich.

The woman was jogging along the trail near her home and says could not hear her attacker approaching.

“I was wearing both headphones and I didn’t hear him coming from behind me, and the sun had gone down," she said.

Now, she is warning others to be vigilant.

“You don’t have to live in fear, but just be very mindful of your surroundings,” she said.

A 33-year-old suspect was released on several conditions with a court date in early 2022. Investigators are recommending one count of sexual assault, Saanich police said Tuesday.