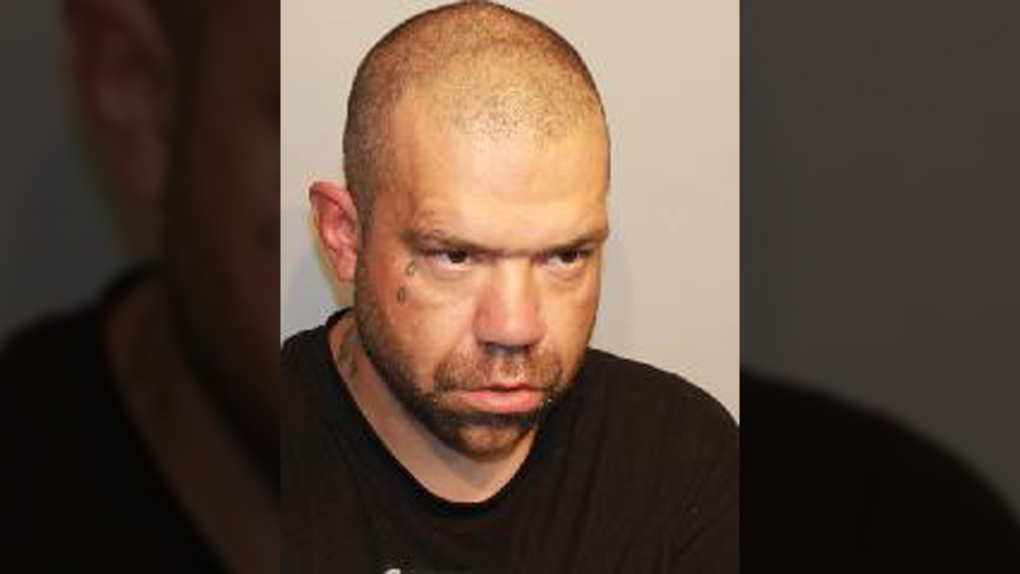 Michael Godolphin, 37, is wanted on a charge of robbery with a firearm. (Police Handout)

Police say they're searching for a man considered armed and dangerous after he brandished a handgun in two separate incidents in Saanich on Tuesday.

Michael Godolphin, 37, is wanted on a charge of robbery with a firearm after incidents at the London Drugs in the Saanich Centre and the Lochside Trail.

Police say Godolphin, who also has arrest warrants out for other offences, was stopped by a worker outside of the store for shoplifting when he brandished the gun and fled.

He headed southbound on the Lochside Regional Trail where he then robbed a cyclist of their black Miele electric bike, according to police.

He's described as 5'7", 175 pounds with a shaved head, tear drop tattoos under his right eye and a written tattoo encircling the back of his neck.

He was last seen wearing black Adidas pants with three white vertical stripes, a black T-shirt and black hooded jacket with white writing on the chest.

Police confirmed it's the same Michael Godolphin who was sentenced to jail time after an hours-long standoff with police in Langford last year. He pleaded guilty to charges of possessing a weapon for a dangerous purpose and possession of a controlled substance in that incident.

Anyone who sees him is asked not to approach him and call 911 immediately.

The armed robbery on the Lochside Trail also put a nearby high school into hold and secure for several hours Tuesday.

Reynolds Secondary School was placed under hold and secure, meaning doors were locked and students kept inside as they went about regular classes, as the incident unfolded on the nearby trail.

The hold and secure order was lifted just after 2 p.m. 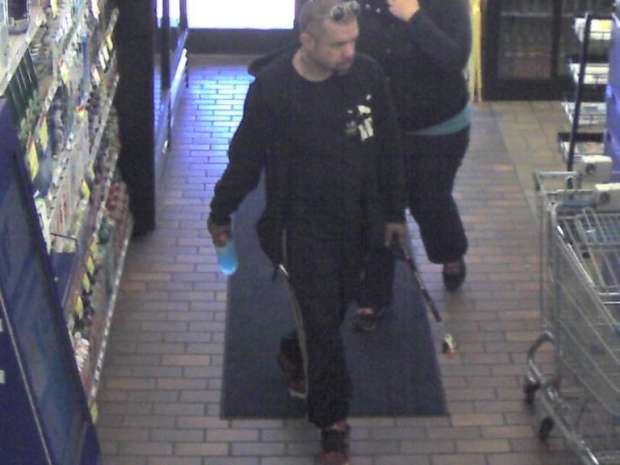