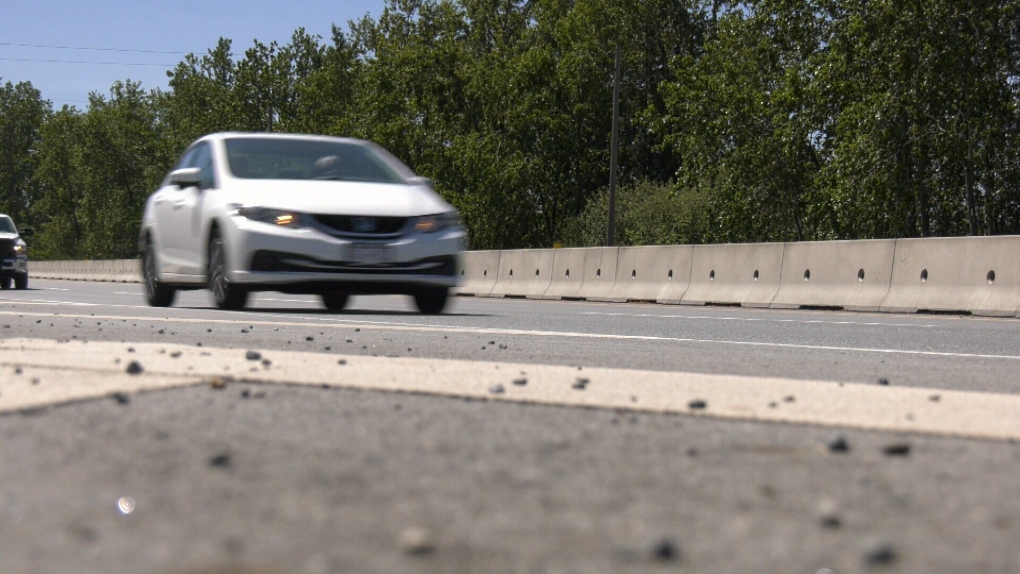 Two motorcycles were impounded by police after travelling more than 100 km/h above the posted speed limit: (CTV News)

VICTORIA -- On Tuesday night, Saanich Police were watching for speeders on Willis Point Road in rural Saanich when officers spotted two motorcycles travelling more than 100 km/h over the posted limit of 60 km/h.

Both riders received the maximum fine of $483 for excessive speed and had their motorcycles impounded for a mandatory seven days.

"They were operating on a novice license so there will certainly be some repercussions from ICBC as a result of that," said Const. Markus Anastasiades, Saanich Police.

"There is no one area that is specific to excessive speeding. However, we have seen increases on rural roads, such as Willis Point Road and Oldfield Road," he added.

Police say that as the weather gets nicer, it isn't uncommon to see more drivers travelling at speeds a few kilometres over the posted limit. Lately, with people working from home because of COVID-19 restrictions and fewer cars on the road, police have seen more people travelling at excessive speeds.

"We haven't seen numbers like this before and the only factor that's different from last year is the COVID-19 pandemic."

This month is "High Risk Driving Month," which is a campaign launched by police and ICBC. The campaign is targeting speeders, aggressive drivers, distracted drivers and impaired drivers.

According to ICBC, speeding increases the risk and severity of a crash, and it reduces the ability to react in a timely manner.

"We're getting messages from the public saying speeding is an issue on our roads, whether it is on their commute to or from work, and their concerns are resulting in what we are seeing on the road," said Anastasiades. "We want to make the roads safer for all road users."

Police want to remind drivers that starting Monday, June 1, there will be more children near roads as schools reopen. Road safety officers will be enforcing the 30 km/h limit in school zones, say police.