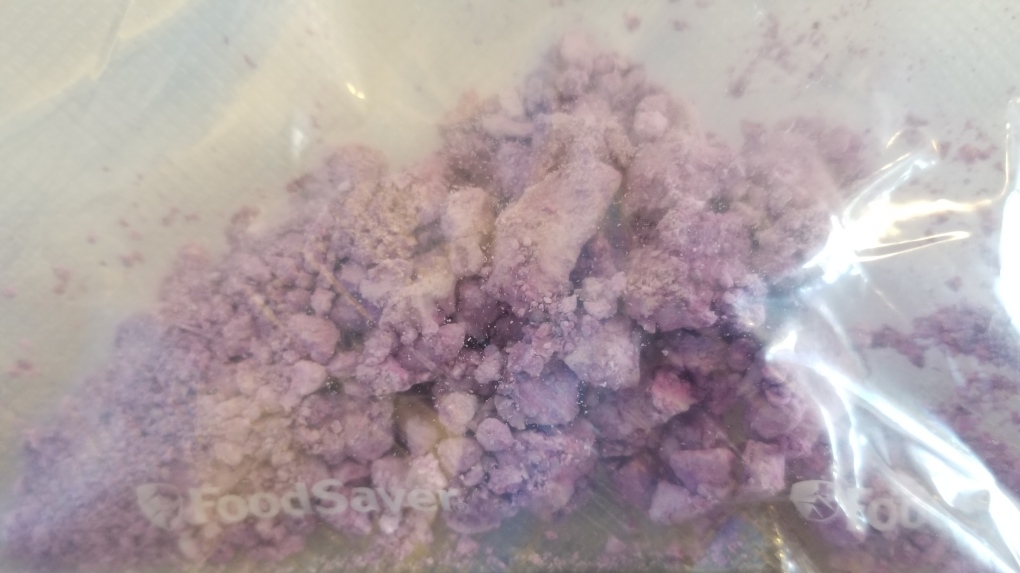 VICTORIA -- Saanich police have arrested two men and seized a loaded handgun, drugs and thousands of dollars in cash after a month-long investigation into property crimes.

Police say they seized a loaded 9mm handgun, a ballistic vest, cash and drugs believed to be cocaine and fentanyl from a suite in the 700-block of Travino Lane on Friday morning.

Two men, aged 34 and 38, were arrested at the scene by Saanich police and the Greater Victoria Emergency Response Team.

It was the culmination of an investigation into property crime in the area, according to police.

Investigators are recommending charges, including unauthorized possession of a restricted firearm, unsafe storage of a firearm and drug trafficking.

“Drug experts at our department confirm that this purple fentanyl is traditionally found to be an extremely potent illicit drug," said Saanich police Const. Markus Anastasiades in a statement Friday.

"As we know, fentanyl has been linked to the drug overdose crisis in B.C. so being able to remove this as well as the firearm from the street is a huge success."