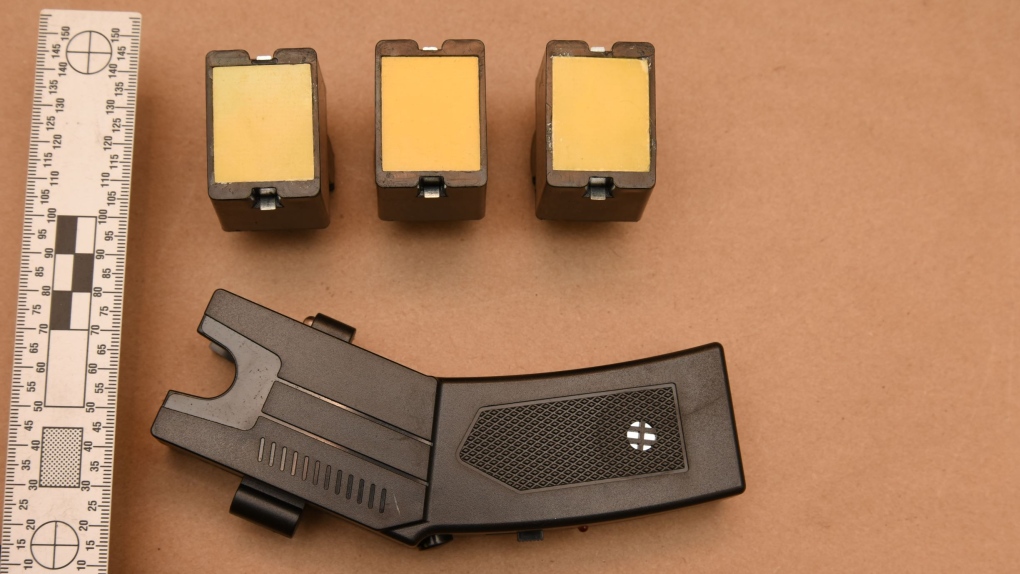 One of the Tasers seized by police is shown: (Saanich Police)

VICTORIA -- A Saanich man has been arrested for trying to import prohibited weapons into the country, as well as for multiple drug trafficking-related offences.

The arrest occurred on Thursday after police launched an initial investigation in May.

According to the Saanich Police Department, police began their investigation after several conducted energy weapons, or Tasers, were intercepted in the mail.

Police say the weapons, which were purchased online and were being imported from China, were destined for a man who had a “significant history” of drug trafficking and possession charges, as well as several weapons-related offences.

Throughout the investigation, officers also saw the man take part in multiple incidents that were “consistent with illegal drug trafficking,” according to police.

During the arrest, police searched the man’s car and home and say they found other illegal items, including weapons, items related to drug trafficking and a large amount of drugs with an estimated street value of $10,000.

Among the illegal weapons were the Tasers, a crossbow, a “medieval mace,” batons, switchblades, and brass knuckles.

Randy Smith, 46, is now facing two counts of possession of weapons contrary to a lifetime ban and three charges of possessing drugs for the purpose of trafficking.