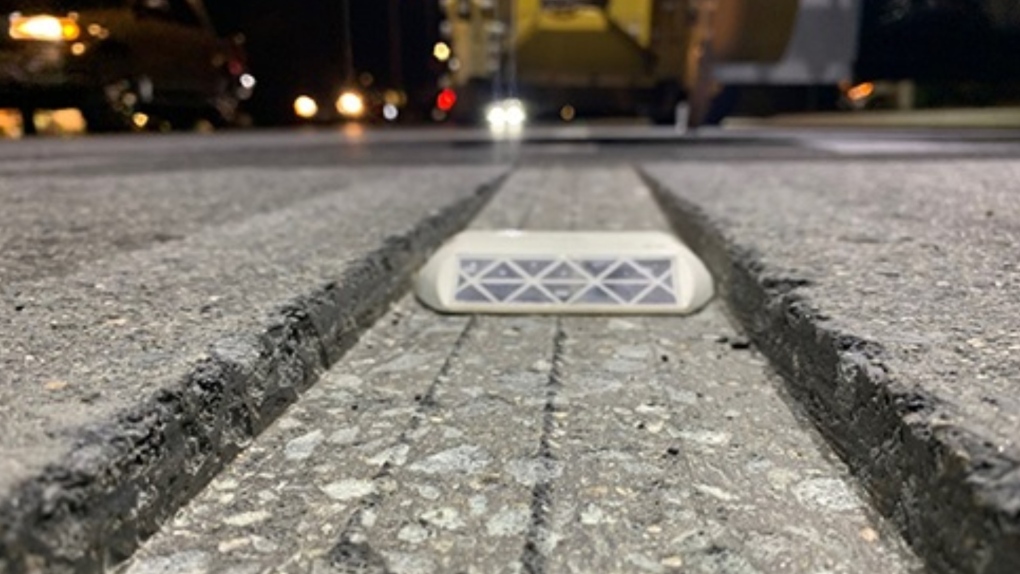 For the first time ever, a new type of high-durability road safety markings have been installed in three busy traffic locations in Saanich.

Inlaid thermoplastic road markings are seven times stronger than traditional marking methods and will significantly reduce maintenance expenditures, according to the municipality.

The new road-marking technology involves milling shallow grooves along a street's surface and then pouring layers of molten thermoplastic into the groove. The road markers are then flush with the road above the groove, which results in less wear-and-tear from vehicles and snow plows.

The average life expectancy for an inlaid thermoplastic road marking is seven years while a traditional marking is just one year.

Besides the new inlaid markings, high-visibility road reflectors were also installed at all three pilot locations.

"These new methods of road marking will greatly enhance our community road safety through superior durability and visibility," said the District of Saanich in a media release on Monday.