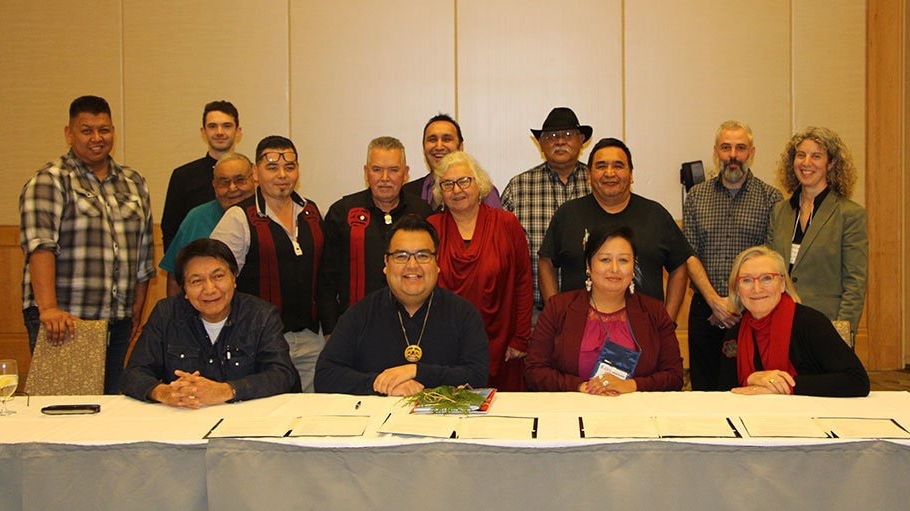 The W̱SÁNEĆ Leadership Council has launched a new website to give non-Indigenous people information about the history and culture of the Saanich Peninsula First Nations.

The council’s community and engagement coordinator says the site was developed in response to requests from the public for information about the W̱SÁNEĆ people.

The W̱SÁNEĆ Leadership Council represents the Tseycum, Tsartlip and Tsawout First Nations located on the Saanich Peninsula. Pelkey says the council provides a united front in the common interests for the people of the W̱SÁNEĆ Nation.

Pelkey says interest in the language, culture and territory of the W̱SÁNEĆ people has been on the rise since children’s remains were discovered at the sites of former residential schools in Kamloops and on Penelakut Island, formerly known as Kuper Island.

“Since the residential grave site discoveries, the inquiries have jumped from people who want to know how to honour our people,” said Pelkey. “We feel that it shows us that the community on general is interested and willing to learn about the land and the history of the people.”

He says that by making information available on the webpage, people can research the history, language, culture and land of the W̱SÁNEĆ people.

“It is strictly aimed towards settlers because people want to know how to acknowledge the rightful owners of the unceded territory and they want to know how to do that respectfully,” said Pelkey. “We’ve laid it all out on the webpage so people can follow along and use it as a handy resource.”

The webpage includes a link to an interactive map of the Indigenous territories in Greater Victoria, labeled with each site’s traditional W̱SÁNEĆ name. It also includes a guide to pronouncing the original place names in the SENĆOŦEN language spoken by the W̱SÁNEĆ people who lived there.

Pelkey says people who visit the webpage will also learn how the ways of life of Indigenous people were disrupted by colonialism and removed from their traditional territory.

“We hope that [they] can see the unjust actions that have been perpetrated against our people,” said Pelkey. “The denial of our fishing and hunting rights, we want people to become knowledgeable about that and hopefully support us in the future in some way.”

The council hopes that people will visit the page as a first step on a journey of reconciliation.

EXCLUSIVE | Germany and Denmark repatriate women and children from Syria. Will Canada Follow?

An Access to Information request by CTV News shows that when Canada learned that Canadian women and children were being held in a Kurdish-run detention camp in Syria, the response was hesitant and minimal—and it appears little has changed, writes London Bureau Chief Paul Workman in an exclusive piece for CTVNews.ca.

Alberta's two major cities were voting for new mayors during municipal elections Monday after being led by Naheed Nenshi in Calgary and Don Iveson in Edmonton for multiple terms.

The recent death of Colin Powell, the first Black U.S. secretary of state, due to COVID-19 complications is a small warning, experts say, reinforcing that those of advanced age or with health complications are still at a greater risk than other vaccinated populations.