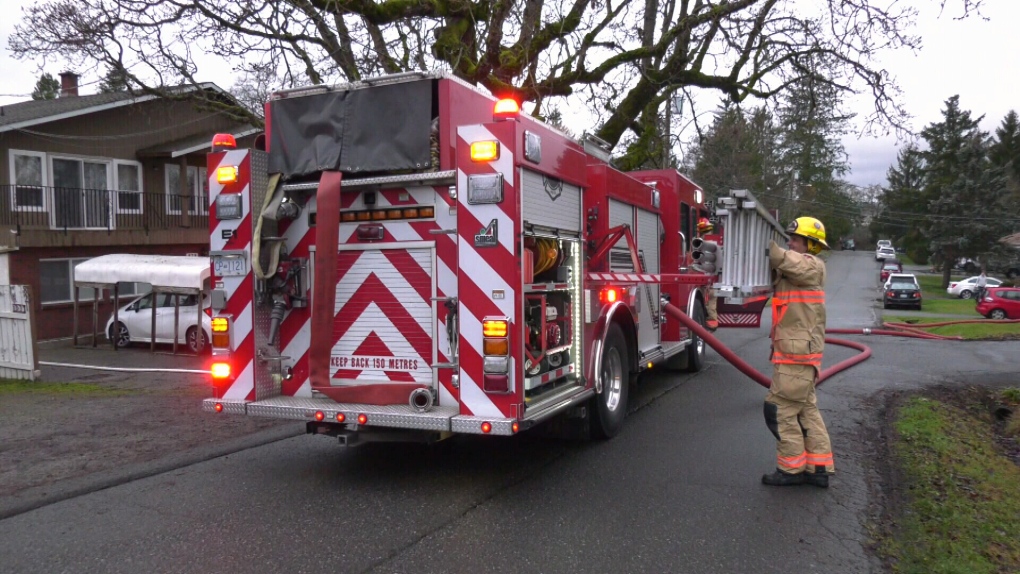 The fire first broke out in a detached shed and garage structure on a property in the 800-block of Gladiola Avenue at approximately 8:30 a.m.

When firefighters arrived, they noticed that the flames were coming primarily from the shed section of the structure in the property's backyard.

"So on approach we saw a large plume of smoke coming out of the backyard," said Saanich Fire Cpt. Lauren Beddington.

"It's a detached garage with a small shed just off to the side of that, that was fully engulfed to the ground," said Beddington.

Firefighters then quickly extinguished the flames, which had burnt through the shed but not the garage. Beddington says that while some damage was done to the garage – from the flames and firefighting efforts – the majority of the structure was unharmed, including a number of vehicles and bicycles contained inside.

The shed, however, did not fare as well.

The fire department believes that the shed portion of the structure burnt at a greater intensity because there were flammable hobbyist materials inside.

"Upon getting nearer to the house we could tell there was a shed in the back that had a fairly large amount of smoke in the back, and we think that's due to a lot of fiberglass products that were there, like a hobbyist," said Beddington.

While the fire assessment is still in its early stages, the fire captain does not believe the flames have caused significant financial damage.

"He [the homeowner] does have insurance," said Beddington. "He's going to be okay."